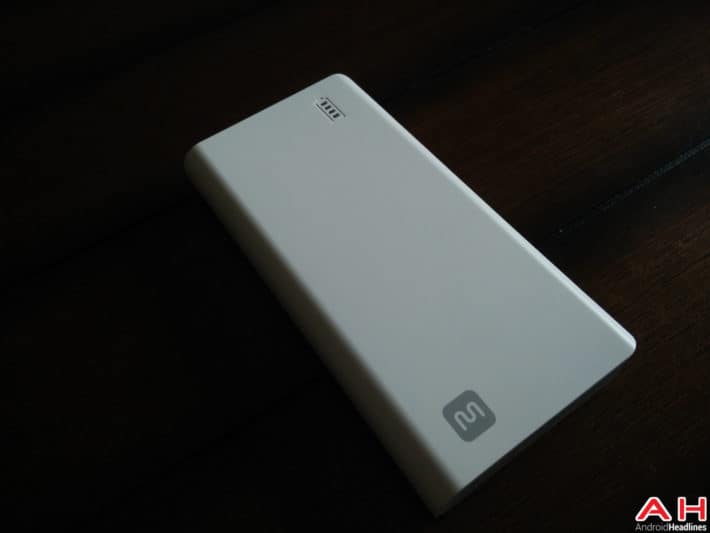 Battery life seems to be a never ending issue these days. Although smartphones and tablets are coming equipped with larger capacity batteries, they also seem to be coming with upgraded and increased battery draining components. As a result, the same daily battery power issues persist. This is where options like portable battery packs can be of great use. Offering an extended level of power, battery packs can often keep your battery fully charged a few time before needing to reach a mains power socket. Here we are taking a quick look at the 16,000 mAh Monoprice Battery Pack.

There is no escaping in all respects, this is big battery pack. Boasting a 16,000 mAh capacity, this essentially will offer you the ability to recharge your device at least five times before the pack itself needs to be recharged. Therefore, this is a great option for those who want a battery pack which can offer an extended number of full charge cycles before needing to be recharged. However, it is also a fairly big charger physically and certainly larger than a number of the other option currently available. Measuring 160 mm x 82 mm by 23 mm, this is not the most portable battery pack out there. However, if you want big power, then the Monoprice battery pack will provide it.

In terms of design, the Monoprice battery pack adopts a somewhat minimalist design form and largely consists of a single fixed polycarbonate unit which is primarily white in color, with some grey accenting down the side, bottom and top. The front of the battery pack contains an LED four bar indicator which allows for easy viewing of the current battery status and also provides an indicator for when the battery pack is being charged. In terms of ports, the Monoprice Battery Pack offers two USB sockets allowing for charging of two devices at the same time. One of the ports is rated at 1A while the second port offers a 2A output. As well as the two USB sockets, the top of the pack also contains the microUSB input socket for direct charging of the unit, which is also rated at 2A resulting in a quick recharge time. The side of the device contains an on/off button as well as controls for a flashlight feature which comes built in.

This is a big charger and that means it won't be ideal for a number of users looking for a more portable option. However, if the size is not too off-putting for you, then this will offer a big level of power and a relatively fast level of charging. Not to mention, it does come with built in overcurrent protection to make sure it does not overcharge your devices when connected. For those interested, the Monoprice 16,000mAh Battery Pack is available from Amazon for $24.99.