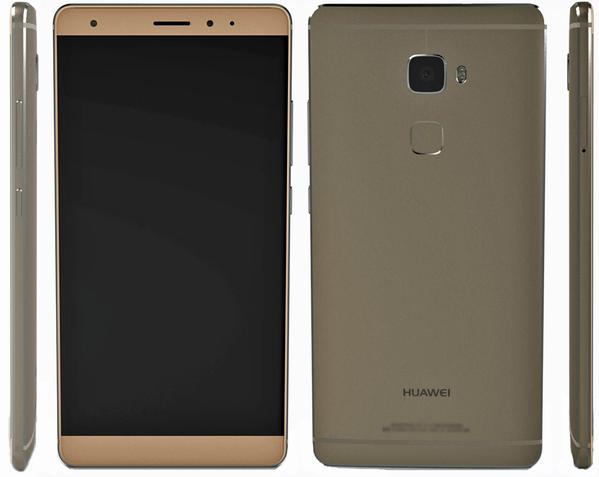 We're just a few weeks out from IFA now, and we're starting to see some of the products that the other manufacturers are looking to announce at this year's event in Berlin, Germany. Evleaks, or Evan Blass, just posted an image of a new Huawei device, on Twitter. He's not sure what series it's going to be added too, but believes it'll be the D-Series. However, judging by the looks of it, we'd be more inclined to believe this is the Huawei Ascend Mate 8, as it looks an awful lot like last year's Mate 7 which was also announced at IFA in Berlin.

The famed leaker also states that the device is using Force Touch. Which is a bit interesting, considering that's something Apple has and is using in the Macbook they announced earlier this year. So it's probably very likely that this will never make its way into the US. It's a huge possibility that Huawei could use something like Force Touch, but name it differently. We've seen that before.

For those that might be living under a rock, the Ascend Mate line is Huawei's flagship phablet line of smartphones. We've had the Mate, Mate 2, and Mate 7 in the past few years, all of which have been 6.1-inch displays with huge batteries. Which is what has a lot of us excited for the large Huawei Nexus later this year, as Huawei is known for their battery life in their phablets. Earlier this year, when Huawei announced the P8 and P8 Lite, the company dropped the "Ascend" name from their devices. So it's like that this could be simply called "Huawei Mate 8".

There's not much to look at here, but it appears that the display will cover most of the front of the device. With the back having the camera as well as the fingerprint sensor. The camera looks similar to the HTC One M9's, but we have no clue what sensor or sensor size Huawei is using here. Typically Huawei's cameras have been pretty good. Not amazing, but not bad either. With IFA kicking off on September 4th (all the press conferences are on September 2nd and 3rd), we don't have much longer to wait and find out what device this is. As Evleaks says it'll be announced on September 2nd.

Update: Steve from NoWhereElse has posted a few more pictures of what look to be the same Huawei device. Shown below.