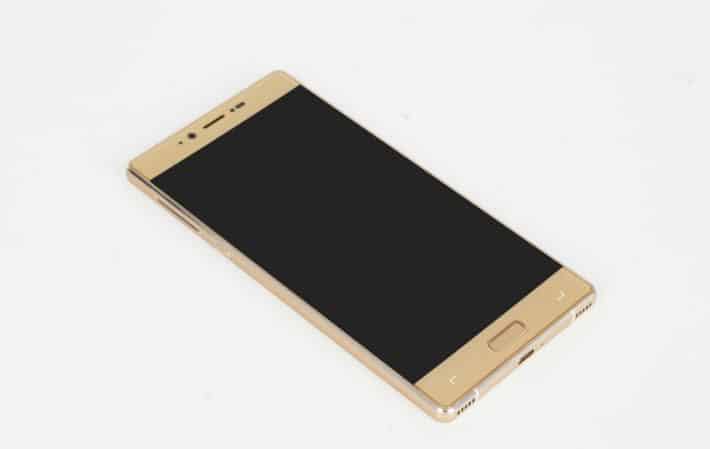 Elephone is one of many China-based smartphone companies, but, like many others, they're trying to differentiate. Elephone was manufacturing only low and mid-range devices for a long time, and a while back they decided to change that. The Elephone P7000 and P8000 are both really good devices, and sports really solid specs, while they're made out of metal. We've reviewed both of these handsets in case you'd like to check that out. Anyhow, Elephone has recently unveiled yet another device, the Elephone Vowney, which is an even higher-end handset that P7000 and P8000. This handset is still not available for purhcase, but will be soon.

That being said, another Elephone-branded devices surfaced. If you take a look at the gallery below this article, you'll notice quite a few images showing yet another smartphone made out of metal (though it's not all-metal it seems), the Elephone M2. The bezels seem thin, but unfortunately the screen is not turned on so we can't see if there are any black bars on the sides. Either way, according to the source, the Elephone M2 will feature a 5.5-inch 1080p (1920 x 1080) display and will be powered by MediaTek's MT6753 64-bit octa-core SoC, a chip that has been used quite frequently by Chinese OEMs. This device will also feature a 13-megapixel main camera, and a 5-megapixel front-facing shooter. The physical home button will actually double as a fingerprint scanner, which is a bit odd considering Elephone usually places their fingerprint scanner on the back of their handsets. Both the volume rocker and power / lock physical keys will be located on the left-hand side of this smartphone, and only the SIM tray will be available on the right. The phone will also sport downward facing speakers, as you can see in the provided images.

So, by the looks of it, this handset won't exactly be a premium offering by Elephone, but rather a mid-range handset which will offer premium build it seems. Elephone has been manufacturing devices made out of metal for a long time now, even their entry-level and mid-range handsets sported metal trims in the past (well, some of them).