While the much-rumored and almost confirmed Galaxy S6 Edge+ is still a few days away from its official unveiling in New York City on August 13th, one enterprising online retailer in the Netherlands seems to have jumped the gun a little in its bid to get a head start on the competition, and has already listed Galaxy S6 Edge+ accessories up for sale. Central Point, the retailer in question, lists a QWERTY keyboard case for the aforementioned smartphone at a price of 58 Euros ($63), including taxes. The listing says that stocks are expected on Sunday, August 10th. Central point also seems to be offering other accessories for the upcoming smartphone, like a Flip Cover and a Glossy Cover, both of which are priced significantly cheaper at 25 Euros ($27). There’s apparently also a Clearview cover, which is on sale for 40 Euros ($44) on the website.

While the listing page on the retailer’s website seems to have mistakenly referred to the S6 Edge+ as S6+, there are no indications of anything called the S6+ from Samsung any time soon, whereas the S6 Edge+ has been leaked a number of times over the past months. While many may find it curious that people still look for physical keyboards on their smartphones in this day and age, the fact is BlackBerry still has a faithful fan-following precisely because of the feature which has mostly been made redundant by the success of Android and iOS over the past several years.

Coming back to the device in question right now, the upcoming Galaxy S6 Edge+ from Samsung is said to feature a 5.7-inch Super AMOLED display with a QHD resolution (2560 x 1440 pixels). That will give the smartphone a pixel density of 515 dpi. The device will be powered by the Exynos 7420 SoC, which is designed in-house by Samsung and already powers the company’s current flagships – the Galaxy S6 and the S6 Edge. The S6 Edge+ is said to come with 4GB of RAM, and will offered with either 32 or 64 GB of storage. The primary camera will reportedly come with a 16-megapixel sensor, while the secondary unit will get a 5-megapixel sensor. The battery will come with a rating of 3,000 mAh and the device will run Android 5.1.1 Lollipop out of the box. 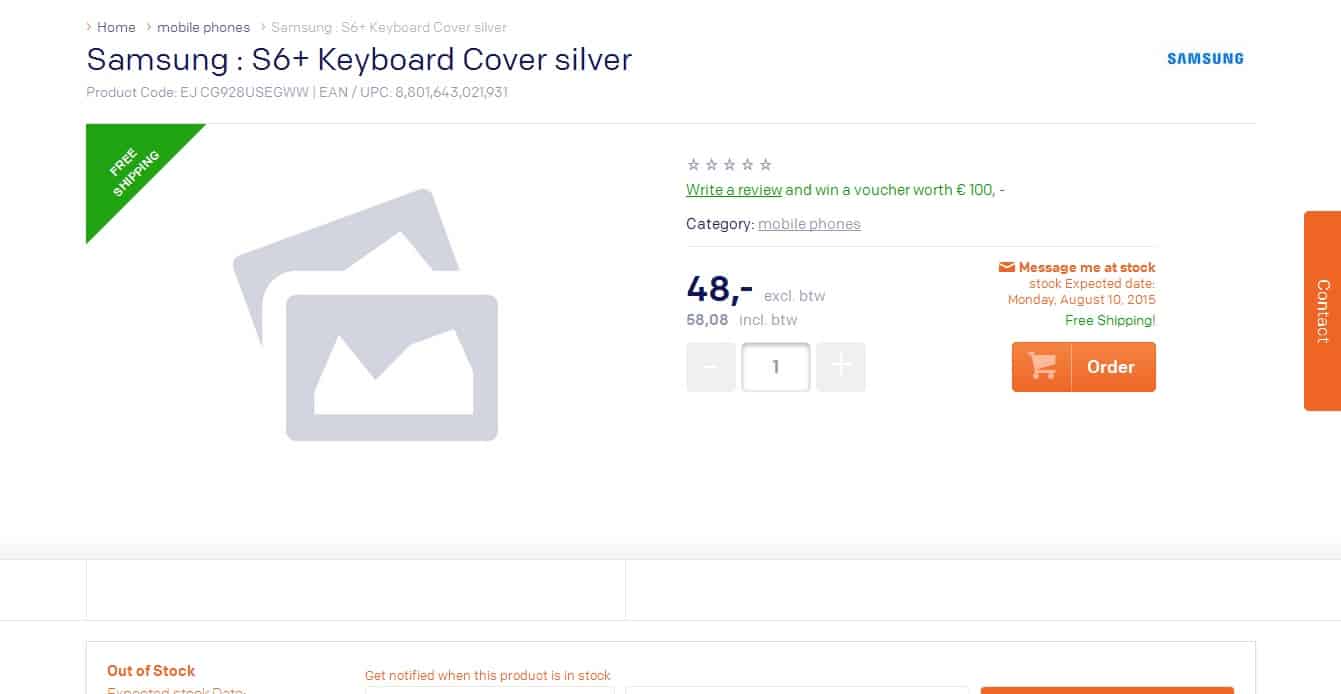