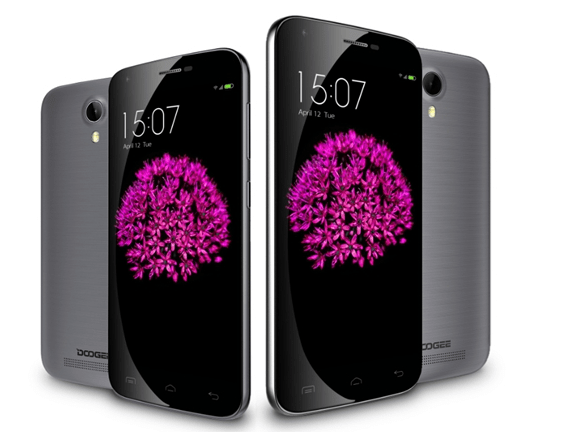 Curiously named Chinese smartphone vendor Doogee may not be a household name around the world, but that doesn't mean the company hasn't come up with a few interesting devices in recent times. Doogee had released a mid-ranger called the F3 Pro earlier in the year, which has reportedly been one of the best sellers for the company in its history. Now the company has come up with another device which claims to include a bit of innovation to make its display panel shatterproof to a certain extent. The just-announced smartphone from the company is called the Doogie Y100 Plus, and is a step-up over the previously announced Y100 Pro from the company.

Coming to the USP of the device, the Y100 Plus comes with toughened Gorilla Glass protection for its screen, which makes it 0.8 mm thicker than regular 2.5D glass, but allegedly strengthens it enough to prevent easy breakage. So much so, that the company even released a video claiming the glass is strong enough to crack walnuts with it. While cracking nuts with your smartphone screen falls strictly under the category of 'Do Not Try This at Home', it is still interesting to note that phone makers are actually trying something new to prevent smartphone screens from being as fragile and brittle as they have been thus far.

Coming to the hardware specs of the Doogee Y100 Plus, the phone comes with a 5.5-inch HD (1280 x 720) display, which gives it a pixel resolution of 267 dpi. This makes it larger than the 5-inch screen found on the Y100 Pro, although the pixel density suffers in the process. Because a larger screen needs more power, the battery also sees an upgrade, from a 2,200 mAh unit on the Y100 Pro to a much larger 3,000 mAh one on the Y100 Plus. Coming to the chipset powering the device, the Y100 Plus comes with a MediaTek MT6735 SoC, which has an embedded quad-core CPU clocked at a frequency of 1.3 GHz and a Mali-T720 GPU. The smartphone also comes with 2 GB of RAM along with 16 GB of built-in storage, which can be further increased with the help of a microSD card, as the phone supports capacity expansion by up to 128 GB.

As for the imaging options on the Y100 Plus, The rear-facing camera comes with a 13-megapixel Sony sensor, whereas the front sensor is said to be of the 8-megapixel Omni-Vision variety. Connectivity includes Cat.4 LTE and dual SIM support. The device is said to be available from September for a price-tag of $125.99.