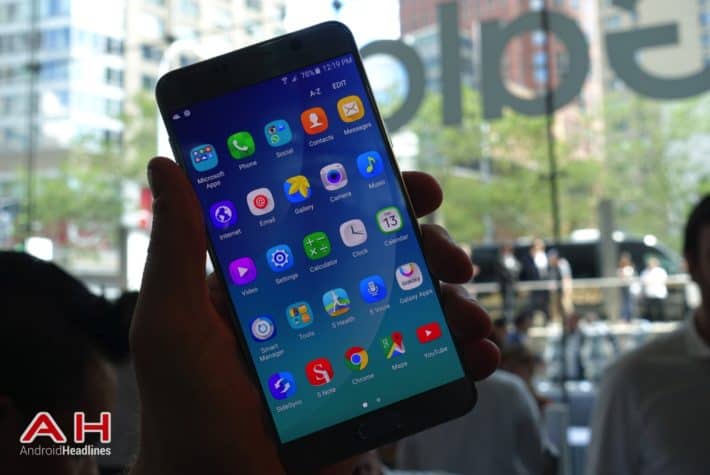 Samsung has always been known for their fantastic displays, whether that be their TV displays or smartphone displays. You can really see this if you take a look at any Samsung’s latest flagship smartphones, the Galaxy S6 and Galaxy S6 Edge. These two devices arguably offer the best displays of any smartphone currently on the market, but can Samsung continue that?

Samsung just held their Unpacked 2015 event in New York, where the star, or rather stars of the show, were the Galaxy Note 5 and Galaxy S6 Edge+. These are now Samsung’s latest high-end devices and of course they are packing some amazing 2k displays, but just how amazing are they? That’s exactly what the folks over at DisplayMate wanted to know, so they took both the Galaxy Note 5 and Galaxy S6 Edge+ and put them through some detailed testing.

In DisplayMate’s results of the Galaxy Note 5 and Galaxy S6 Edge+ testing, one of the first things they pointed out was that the displays of these two devices were noticeably better than the Galaxy Note 4 and even the Galaxy S6 and S6 Edge. Both devices contain a 5.7-inch 2560 x 1440 display, coming in at 518 ppi, definitely not too shabby. They then go on to discuss the different display modes that Samsung has been including on their devices as of late. Some of these display modes include Adaptive mode, Basic mode, and Super Dimming mode, all of which thoroughly effect the way the display looks and behaves. According to DisplayMate, all of these display modes accurately perform the way that they are supposed to and look good doing so.

All in all, the folks at DisplayMate came to the conclusion that the Galaxy Note 5 contains the best display of any smartphone currently on the market. This conclusion was drawn from the following facts; the Note 5 has the highest color accuracy, highest peak brightness, highest contrast rating in ambient light, highest screen resolution, highest contrast ratio, and smallest brightness variation with viewing angle. Sure, you may not know what most, if any of these things mean, but all you need to understand is that they add up to make one heck of a display that has set a new bar for smartphone displays. So if you are in the market for a new device and the display is important to you, you should probably give the Galaxy Note 5 or Galaxy S6 Edge+ a look.