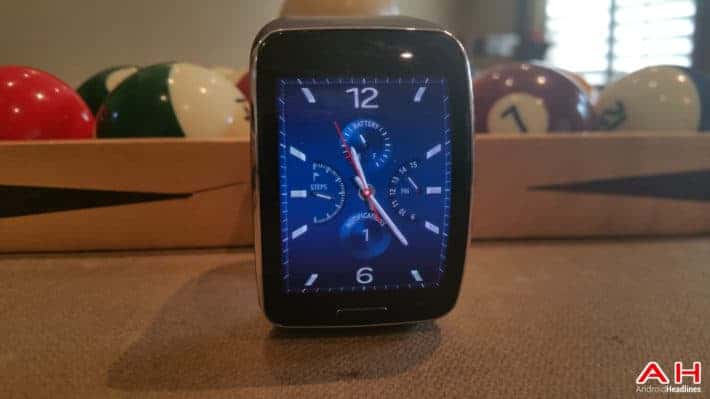 The smartwatch has been around for some time now, and while early attempts were pretty primitive, last year's Gear S from Samsung was an excellent example of much a smartwatch could do. Of course, this made for a larger device that was fairly chunky compared to other smartwatches, but with a larger curved display and the ability to function on its own, it was arguably worth the extra bulk. The Gear S has more in common with a low-end, entry-level smartphone than it does with your average smartwatch, and one enterprising developer has leveraged this hardware, bypassing Samsung's hurdles at every corner, to bring Android 5.1 Lollipop to the watch.

Developer biktor_gj from XDA-Developers has managed to get Android 5.1 Lollipop, in the form of CyanogenMod 12.1 booting on the Gear S. Now, this is a very, very early work and definitely one that's in progress, but it's encouraging nonetheless. Just to get anything at all to boot on the Gear S requires all manner of messing around as there's a long list of different partitions to mess around with. Not to mention the fact that as the Gear S is so small – at least in terms of smartphone size – pieces of hardware are put together closely and in awkward configurations. There's a similar project to get Android Wear running on the Gear S, and considering the two codebases are so similar, getting a stock Android 5.1 build on to the Gear S is definitely good news for those hoping to see Wear on the Gear S. Those that want to offer help or just join in with the new ROM can take a look at the source link below, but unless you have lots of experience and don't mind messing about with code, this might not be for you.

For Samsung, the Gear S seems all set to be succeeded by their fully-circular watch debuting during IFA next month. We recently got the invite to their press conference to be held next month, and we'll be there to offer up all the news as we get it.