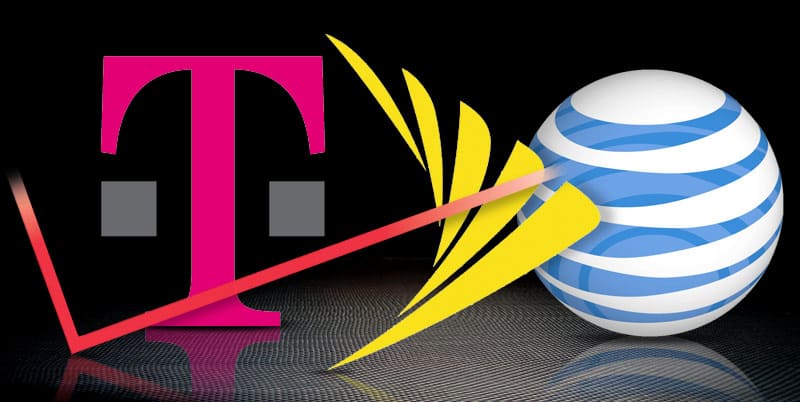 There is never a dull moment in the wireless mobile industry, especially over the past two years when T-Mobile started its 'Uncarrier" promotions and changing the way customers and carriers transact with one another.  Verizon and AT&T stayed in the background with their superiority complex and felt that if they have the best network, customers will flock to them and pay more money for that service.  It worked for a while, but then T-Mobile started to grow and gain new customers while Verizon and AT&T stayed rather stagnant.  AT&T broke first by starting to offer ways to finance your device purchase, and then added promotions.  Verizon finally jumped into the ring and now all of the big four are constantly offering big promotions and buyouts to entice you to join their fold.  Yet with all of these promotions flying around a funny thing happened on the way to 2Q findings – the four carriers, on average, had their lowest postpaid churn rates!

Verizon is heavily promoting its new 10GB of Data for $80 on its Shared Data Plans, while T-Mobile launched its "Never Settle Trial," which allows Verizon customers to try T-Mobile services for up to two weeks at no cost.  Sprint not only continues to reimburse all customer costs to switch over, including ETF, they recently announced their new "iPhone Forever" plan, which allows customers to upgrade to the latest iPhone when available.

Carriers are looking for other ways to save money and most, even Verizon, are doing away with phone subsidies and eliminating two-year contracts.  Sprint announced that it will move exclusively to phone leasing by the end of the year.  T-Mobile and AT&T are still ahead on the others in moving customers from subsidized phones to equipment installment plans (EIP).  T-Mobile's entire "Simple Choice" customer base have now migrated over to EIPs.  AT&T has 64-percent of its postpaid smartphone customers on the no-subsidy Mobile Share Value plans.  Verizon only has 16-percent of its postpaid customers on EIP and Sprint has 31-percent on the EIP programs, but expect these numbers to grow.

The landscape of the wireless mobile world is changing, but in the end, it seems like most people are content to stay where they are if the churns rates continue to stay this low.