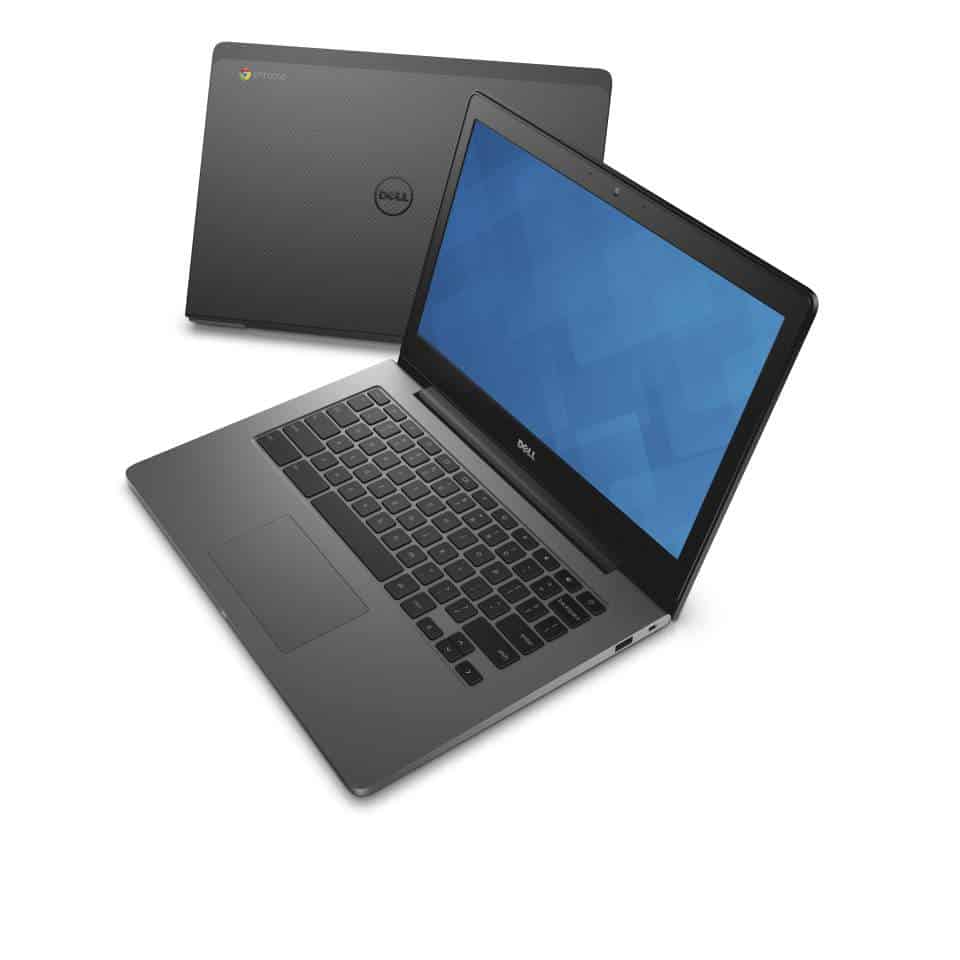 Today, Dell has officially announced their first 13-inch Chromebook, and just their second consumer Chromebook. The previous was the Chromebook 11 which we loved. Dell's aspirations with this Chromebook 13 was to create a Chromebook to fit the current gap in the market. Currently we have a slew of Chromebook's available between $150 and $400. None of which are really high-end or even geared towards the enterprise market. Then we have the Chromebook Pixel that's north of the $1,000 mark. Dell is aiming to be in between that $400 and $1,000 area with the Chromebook 13. This Chromebook is on-par with a lot of the Ultrabooks out there, which means it's super thin and very lightweight.

Dell didn't just want to create a higher specced device here running Chrome OS, but also a premium looking and feeling Chromebook. Dell uses carbon fiber material as well as an aluminum base. The palm rest is mag alloy. So it's a pretty high-end looking Chromebook from Dell. As far as the specs go, there are basically three variants. There's an Intel Celeron 3250U model as well as an i3 5005U and i5 5300U model. These models start at $399, $529 and $799 respectively. They will also be offering 4GB and 8GB of RAM with these models. The Dell Chromebook 13 is also going to be pretty light, around 2.3 pounds, and will have a FHD IPS display as well as a touch screen model. Obviously, the touch screen model will be a bit heavier. As far as peripherals go, we have a USB 3.0 and a USB 2.0 port as well as a HDMI port. Additionally there is a microSD card slot, as well as a webcam and 3.5mm headphone jack.

On the software side, Dell has made some changes here for their enterprise customers, and have built in a native VPN. Which is something that Chrome OS has been missing for quite some time. It's also easier for IT admins to control these Chromebook 13's as well as having integration with Citrix and VMWare. "Not only does the solution offer customers a superior mobile working experience,but with the inclusion of Dell's leading security, management and ProSupport Plus features, it is also easy to integrate into wider device ecosystems," stated Kirk Schell, who is vice president and general manager, commercial client solutions at Dell.


The new Dell Chromebook 13 will be available September 17th in the US and Canada. Currently availability in the rest of the world is unknown.