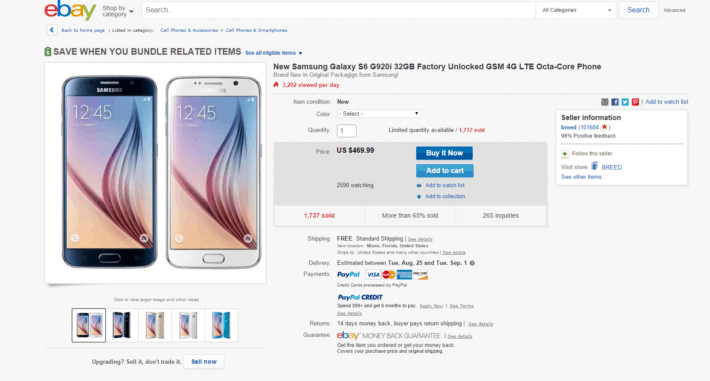 If you have been eyeing the Samsung Galaxy S6 since the device was announced and released, than you might have been waiting to see a price drop. Although, there has been some deals available, this one is currently the lowest price we have seen so far. On offer is the 32GB Samsung Galaxy S6 and it is available in Black, White, Gold or Blue and priced at only $469.99. However, they do seem to be selling fast so if you want a Galaxy S6 for less than $470 hit the link below.