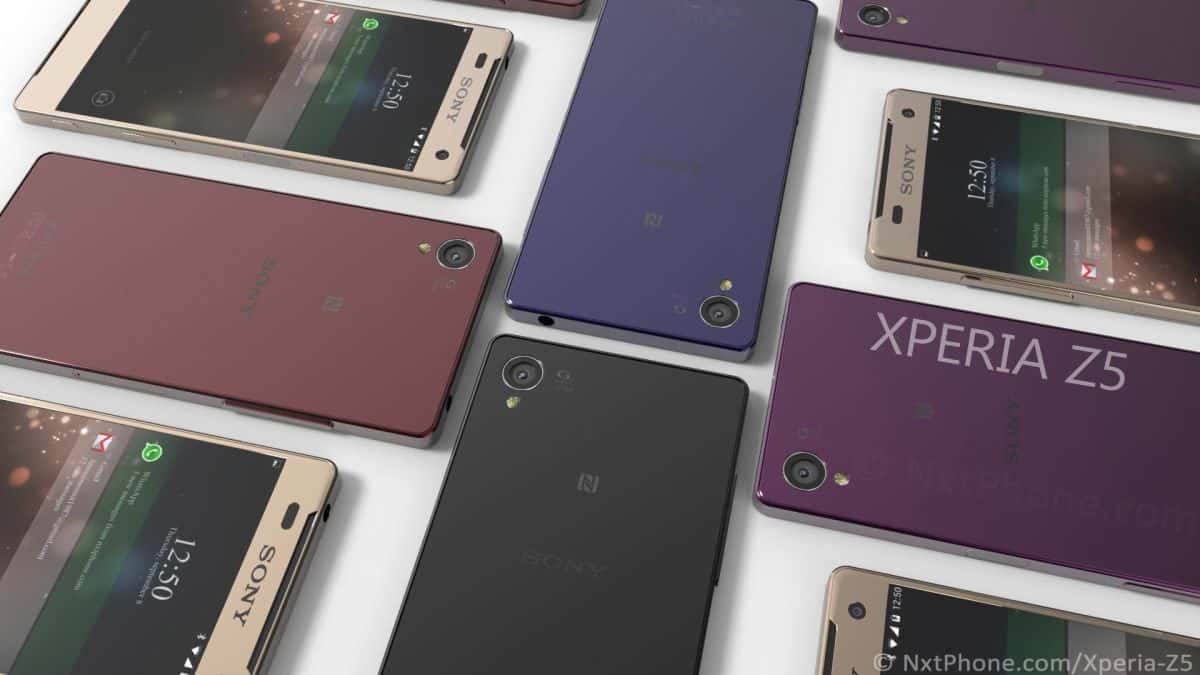 Sony is expected to release its Xperia Z5 lineup in the coming months, which will supposedly include the Xperia Z5, the smaller Xperia Z5 Compact and the larger Xperia Z5 Ultra (which could end up being named Xperia Z5+). We still don't know many details about them, but some rumors claim that the processor that will be included in these phones is the controversial Qualcomm Snapdragon 810. Also, two of these phones apparently have been caught in pictures, showing a new and enlarged power button as it is supposed to integrate a fingerprint scanner, the pictures even show how the software to set it up would look like. Seen from another angle, we could appreciate that the phones still use the typical Micro USB port and not the new reversible Type-C. In terms of the design, the pictures show a familiar design with what looks like a metallic frame and nylon corners, but the frame looks less rounded this time around. Finally, there's a rumor that the largest phone out of the three could use an extremely sharp 4K display.

Now, Jermaine Smit, who has done some conceptual renders for other phones has created a video with the renders of the Xperia Z5 based on the rumors we have so far. It doesn't look quite like the one we saw in the pictures as the metallic frame seems shinier even on the plastic corners, plus it seems more integrated to the glass surfaces. The designer rendered the phone in five color options, two purple hues similar to the ones from the Xperia Z2 and the Xperia Z3, a bronze one which looks darker than the one on the Xperia Z3+, as well as a black one and a gold one.

On the front, there are two very large speakers on the edges. On the top bezel, there are some sensors on the left, a very large Sony logo on the middle, which contradicts some rumors that the company could take off the branding in the front in favor of a cleaner design and the front-facing camera on the right side looks a little larger than the ones we've seen in other models. There is a protuberance on the left side of the phone which looks like a volume rocker, but the actual volume rocker can also be seen on the right side close to the new power button and the camera button. The designer's vision of the software looks less polished than what Sony has offered in their recent phones. Do you like how this designer envisions the phone?