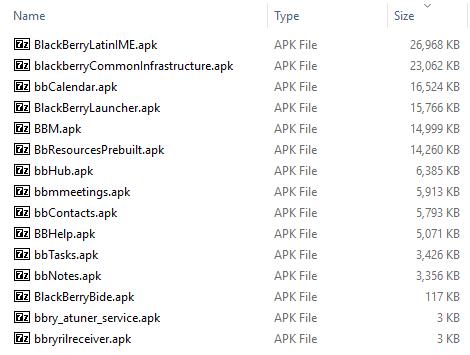 The rumors have been in abundance so far today. There was a ton of Moto 360 news this morning including in-the-wild images and not so long ago a bunch of images of a dummy Xperia Z5 surfaced. That said, there is another device which has been doing the rumor rounds massively of late and that is the rumored BlackBerry smartphone running on Android. "Rumored" because the device has yet to actually see an official announcement or even a confirmation. However, since the rumor first broke, the news and leaks have been coming in thick and fast. Although, most of the images have been animations or renders, they still have been fairly consistent. Not to mention, with the name of the device seemingly unofficially confirmed as the BlackBerry Venice, all that is left is for the actual device to be announced and unveiled.

That said, a lot of people might be getting carried away with the notion of an Android powered BlackBerry as very little has been spoken of the actual software that will come running on Venice. For instance, most Android enthusiasts will state that a close-to-stock experience is what's best for an Android smartphone. In fact, carriers and manufacturers both come under huge criticism when they do load up a smartphone with much of their own pre-installed apps and services. However, BlackBerry is more than just a QWERTY keyboard enabled device and is generally considered to offer quite the BlackBerry experience. Therefore, where will the balance between an Android smartphone and a BlackBerry experience come in? Will it be close to stock or heavily skinned?

Well, if the latest tweet from @evleaks is anything to go by, the QWERTY keyboard will not be the only BlackBerry features on offer. In fact, the tweet suggests Venice will be anything but a close-to-stock experience. The tweet from @eveleaks came with an image that lists the various BB specific APKs that will supposedly come preinstalled on the device. While some of them you will be expecting and probably even wanting (like BBM), there are quite a few listed like the BB Calendar, Meetings, Contacts, Notes and so on. Not to mention a BlackBerry Launcher seems to be in play too. As such, it does look like this will be a heavily skinned version of Android.