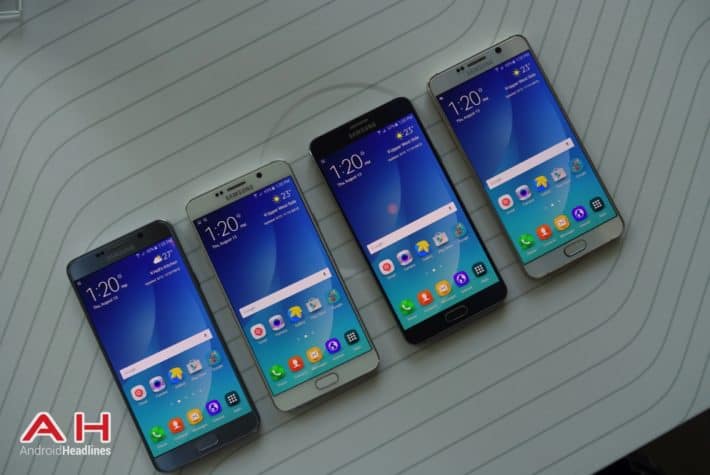 Unless you've been living under a rock for the last 24 hours, you're probably aware that Samsung has unveiled two new devices yesterday. This Korean tech giant has announced their Galaxy Note 5 and Galaxy S6 Edge+ phablets. We've covered this launch extensively, you'll find tons of coverage on our site, but in cases like this, there's always room for more, especially considering many retailers announce all sorts of stuff days after the launch occurs. That being said, both of these devices will be available in the US in just a week, as AT&T, Sprint, T-Mobile and Verizon have announced the availability of the Galaxy Note 5 and Galaxy S6 Edge+ already.

Speaking of availability, you'll also be able to purchase these two phablets from BestBuy. The retailer has announced availability for these two devices as well, and you can pre-order them starting today. Interesting enough, BestBuy will bundle in a free wireless charger with both of these devices. Keep in mind that this is not a fast wireless charger which Samsung mentioned yesterday, but a regular wireless charger. What does this mean? Well, it will take you approximately 4 hours to charge these devices from 0 to 100%, while you could do it twice as fast with the fast wireless charger. None the less, keep in mind that this is a free accessory which usually costs $49.99. Another thing to keep in mind here is the fact that this offer is good only for pre-orders, once the pre-order period is over, that's it. AT&T's, Verizon's and Sprint's Galaxy Note 5 and Galaxy S6 Edge+ units are available for pre-order from BestBuy, in case you were wondering, both 32 and 64GB models. If you'd like to know more visit the source link down below.

The Galaxy Note 5 and Galaxy S6 Edge+ actually have similar specs. Both of these phablets sport a 5.7-inch QHD Super AMOLED display, 4GB of RAM and 32 / 64GB of in-built storage. Samsung's Exynos 7420 64-bit octa-core SoC fuels both of those devices, and a 16-megapixel OIS shooter is available on their backs. Android 5.1 Lollipop comes pre-installed here, with Samsung's TouchWiz UI installed on top of Google's OS. They also feature a similar design, but with some pretty obvious differences. The Galaxy S6 Edge+, unlike the Note 5, has a curved display on both sides. The Note 5, however, sports the S Pen stylus, as usual.