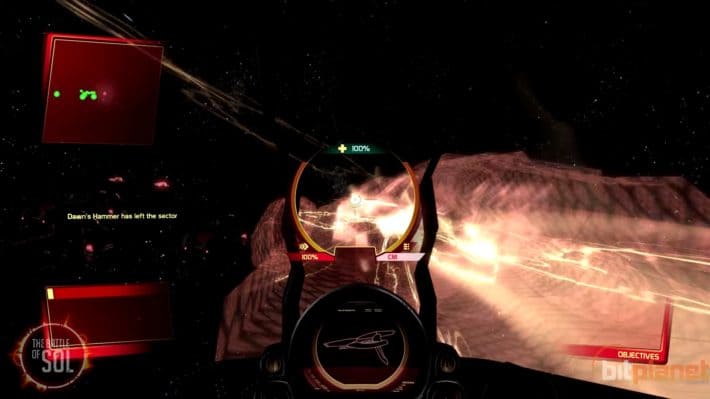 The Android TV platform is one which has finally begun seeing some significant growth over the last few weeks and months. No area more so, than in the gaming department and on no device more so, than the NVIDIA SHIELD. Long before the SHIELD was announced, it was clear that NVIDIA were positioning this device as a gaming device, as well as offering the standard level of Android TV found on the likes of the Nexus Player and other built-in options. While, the general platform has been slow to grow until late, gaming on the SHIELD seems to be moving quickly with NVIDIA constantly announcing the compatibility and launching of more and more games as the weeks go on. It was only a couple of weeks ago when the last announcement came through detailing a number of games which had been optimized for the SHIELD and now today, another game has seen its SHIELD compatibility go live.

The game is The Battle of Sol and for a number of gamers, this will already be a familiar title. This is a popular PC game and today marks its move over to Android and the SHIELD. For those new to the game, this is a space-based game in which you can engage in ship battles, space station raids and other space oriented tasks, all with a view to protecting the solar system and all to a backdrop of familiar TV and game voice over specialists. Thanks to the abilities of the NVIDIA Tegra X1 processor inside the SHIELD, the level of gaming offered with The Battle of Sol is much more intense than anything else you will find on Android and including on other Android TV devices like the Nexus Player.

For those interested in giving the game a try, it is now live on the Play Store and will set you back $9.99 to download. You can check out a few images of the type of gameplay on offer in the gallery below or for those who want to get straight down to the action, hit the Play button below to head over to the Play Store listing and download.