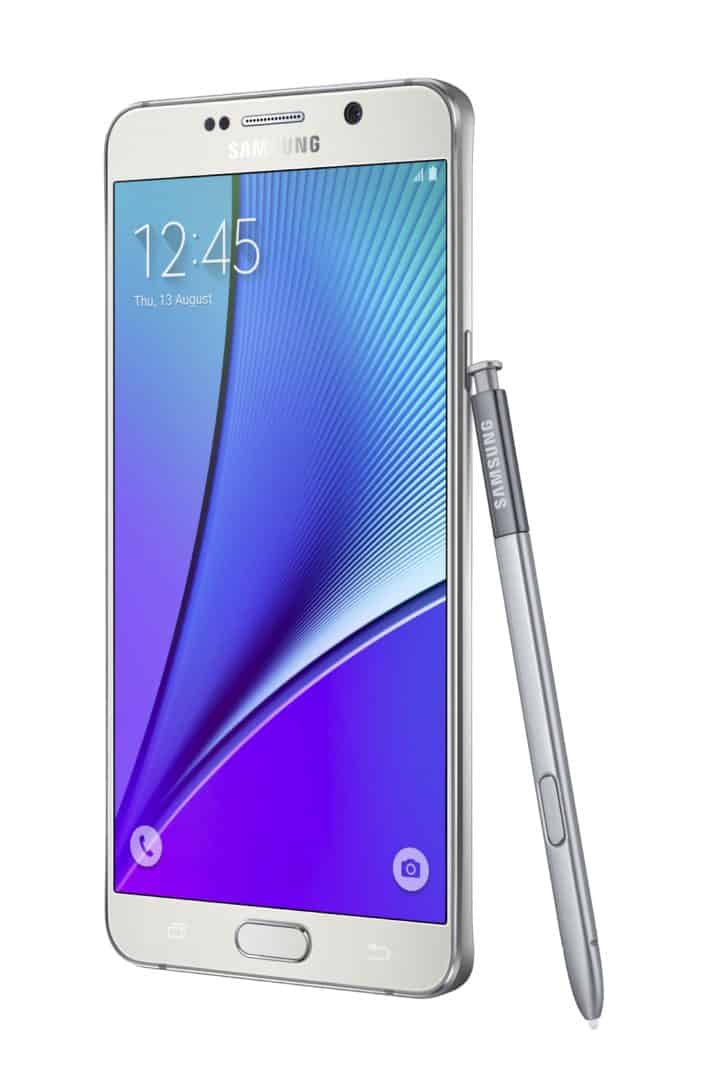 Samsung's Unpacked event is over and that means consumers have finally seen the end results of Samsung's hard work over these past months. The fruits of the labor? Two new devices with which consumers are going to soon be capable of purchasing for new activations and upgrades. After months of speculation the Samsung Galaxy Note 5 as well as the Galaxy S6 Edge+ are both official, and subscribers are likely wondering when they'll be able to pick a device up of their very own. You can be sure that every carriers is going to be picking up the Galaxy Note 5 it's just a matter of when it will launch.

When it comes to AT&T, they have officially announced they too will be carrying the device with a launch date set for August 21st officially, while pre-orders for the Galaxy Note 5 begin today promptly at 3PM EDT/ or 12PM PST for those of us here on the west coast. Prices for the Galaxy Note 5 will be set at $249 and $349 for two-year contracts for the 32GB and 64GB models respectively, but customers will also have the option of paying for the phone outright at full cost if they wish. Those prices will be $739.99 or $839.99 at full cost without a contract. There will also be an option to break the phone up over AT&T's NEXT payment plan which splits the phone payment costs up over the subscriber's phone bill every month until it's paid off. Those prices start at $24.67 on the NEXT 24 plan, $30.84 on the NEXT 18 plan, and $37 on the NEXT 12 plan for the32GB model. For the 64GB model, prices on NEXT start at $28 for NEXT 24, $35 for NEXT 18, and $42 for NEXT 12.

AT&T is also offering a few different promotions in conjunction with those who purchase the Galaxy Note 5. If you're a subscriber of AT&T's U-Verse or of DIRECTV services, AT&T will offer a $300 bill credit to those who purchase the Galaxy Note 5 if they sign up for wireless service and bundle it to their TV service on each line they switch. There is also a promotion that AT&T is running called their Buyback offer. This offers a $200 trade-in value on old phones for customers who buy or upgrade to the Galaxy Note 5 on AT&T's NEXT plans. Smartphones and prices vary depending on eligibility. Lastly, AT&T has a "switcher" promotion available that gives customers who switch from another carrier to AT&T, a $100 bill credit as well as a $200 buyback credit when and if they trade in a smartphone.

The Galaxy Note 5 will be powered by Samsung's Eyxnos 7420 octa-core processor accompanied by 4GB of RAM, and paired with the all new and improved S Pen this should continue to remain a stellar device for people who need something to multitask and really perform while doing it. It's also equipped with a 5.7-inch Quad HD Super AMOLED display with 518 ppi. Past Note devices have lived up to this challenge for most people, so the Galaxy Note 5 should have no trouble doing the same if not even better. Those who love their photography will likely appreciate Samsung's use of the same 16MP OIS camera found in the Galaxy S6 here in the Galaxy Note 5, and as for the secondary camera up front, it's been upped to 5MP from the prior 3.7MP camera found on last year's Galaxy Note 4. If you want the full specs you can check them out at the specs post here.