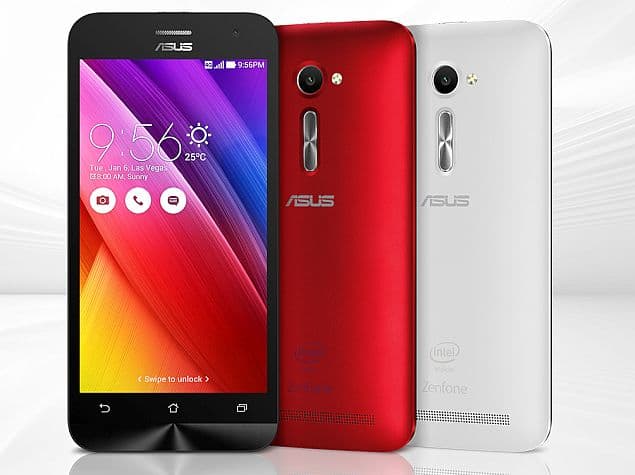 On August 6th, Asus Chairman Jonney Shih personally came down to India for the global launch of the company's ZenFone Laser range of smartphones and ZenPad tablets as part of the company's Zen Festival 2015 event. The devices were already unveiled at Computex 2015 earlier in the year in Taiwan, but the global launch happened at the Jawaharlal Nehru Stadium in New Delhi. While the company announced the availability of a number of mid-range devices including ZenFone-branded smartphones with laser auto focus and ZenPad-branded tablets, the entry-level ZenFone Go, which was also expected to be launched at the event, was missing in action. Now however, one of those devices has popped up on the website of Indian online retailer Flipkart. The pricing however, is still under wraps and the device is listed as being out of stock, but it could very well be a matter of days before the device is made available for purchase.

As for the hardware specs, the listing page says the device will have the model number ZC500TG, and hints at two separate variants – an 8 GB version and a 16 GB version. The smartphone will feature a 5-inch 720p HD IPS display with a 178 degree wide viewing angle. It will be powered by a MediaTek MT6580 SoC, which comes with an embedded quad-core CPU clocked at a frequency of 1.3 GHz. The handset will also come with 2 GB of RAM and 16 GB (or optionally 8 GB) of internal storage, which can further be extended by up to 64 GB with the help of a microSD card. The ZenFone Go will have a Li-Po battery rated at 2,070 mAh and have Android 5.1 Lollipop pre-installed with Asus' proprietary ZenUI laid on top.

Coming to the connectivity and imaging options, according to the listing on Flipkart, the upcoming device will come only with GSM and HSPA+ connectivity, and give LTE a miss. It will however, have support for Wi-Fi 802.11 b/g/n along with A-GPS, GLONASS and Bluetooth v4. Sensors will include Accelerometer, eCompass, Proximity Sensor and Ambient Light Sensor. As for cameras, the rear-facing primary camera will have an 8-megapixel sensor, whereas the front-facing secondary camera will be of the 2-megapixel variety. This phone is not to be confused with the ZenFone 2 Laser (ZE500KL), which comes with a similar 5-inch HD screen, but that one is powered by a Snapdragon 410 SoC and incorporates a 13-megapixel rear camera with laser auto-focus along with a 5-megapixel front cam. That particular device is also said to come with LTE connectivity.