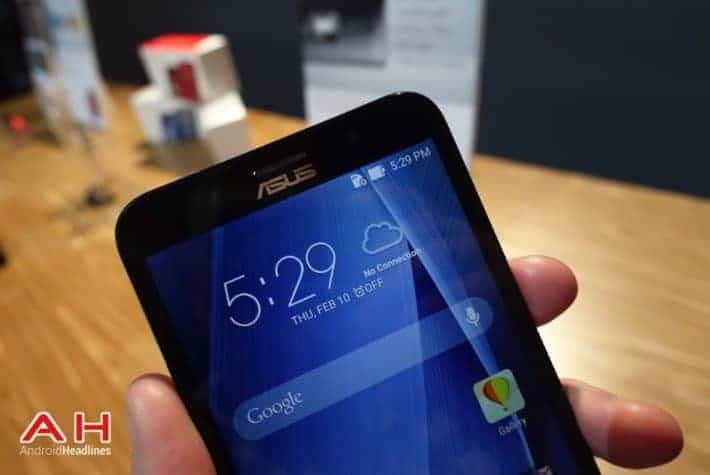 Asus was expected to launch its latest range of smartphones in India on August 6th, when the company announced a number of ZenfFone-branded smartphones in the country last week. On Thursday, Asus made good on that promise and launched a number of ZenFones in India at prices ranging from a very affordable Rs. 9,999 ($160) to the comparatively more premium sounding Rs. 22,999 ($360). Alongside the smartphones, the company also launched a number of tablets, as part of its ZenPad range, for prices ranging from Rs. 11,999 ($190) for the 7-inch model to Rs. 14,999 for the 8-inch version. Just about all the gadgets launched on Thursday were shown off at the Computex trade fair held in Taiwan earlier in the year. India was expected to be one of the first countries outside of Taiwan to get these products, and it looks like that's exactly how things have turned out if reports are to be believed.

Coming to the hardware specs, the most premium device out of the lineup happens to be the ZenFone 2 Deluxe (ZE551ML), which, in essence, is the exact same device internally as the original ZenFone 2 with 4 GB of RAM, 64 GB or 128 GB of storage and is powered by Intel's Atom 3580 SoC, which comes with a 64-bit quad-core CPU clocked at 2.3 GHz. It also features a 13-megapixel rear-facing camera and a 5-megapixel front-facing camera. The phone supports fast charge technology and comes with an MSRP of Rs. 22,999 ($360).

Coming to the ZenFone Selfie (ZD551KL) next, the USP of the device is a 13-megapixel front-facing wide-angle camera with f/2.2 aperture. The rear camera on the device also comes with a 13-megapixel sensor and has a laser auto focus to go with it. The device comes with a 5.5-inch FHD 1080p display with Gorilla Glass protection and is powered by Qualcomm's Snapdragon 615 chipset. The smartphone comes with an option of either 2 or 3 GB of LPDDR3 RAM and 16 or 32 GB of storage. The phone runs Android 5.0 Lollipop with Zen UI 2.0 on top, and will cost Rs. 15,999 ($250).

Coming to the duo of ZenFone laser smartphones, the 5.5-inch version (ZE550KL) comes with a 720p HD display and is powered by Qualcomm's Snapdragon 410 chipset. It comes with 2 GB of RAM and 16 GB of internal storage out of the box with a microSD card slot thrown in. The device comes with Android 5.0 Lollipop and features a 13-megapixel rear camera with laser autofocus and a 5-megapixel front cam. It also has a 3,000 mAh battery. The smartphone comes with a price-tag of Rs. 9,999 ($160). As for the 6-inch ZenFone Laser variant (ZE601KL), the device is priced at Rs. 17,999 ($285). All devices come with LTE connectivity.

Advertisement
Advertisement
Trusted By Millions
Independent, Expert Android News You Can Trust, Since 2010
Publishing More Android Than Anyone Else
53
Today
150
This Week
151
This Month
4916
This Year
106392
All Time
Advertisement