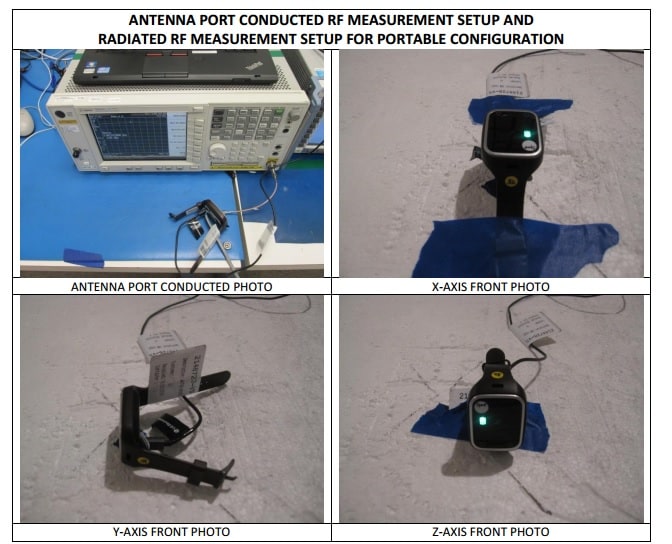 There has already been a ton of smartwatch news coming through today. Samsung this morning released a teaser video for their next upcoming smartwatch, the Gear S2 and this was shortly followed by news of a new LG smartwatch which has been spotted passing through the FCC. In terms of Samsung, it has long been reported that their smartwatch was en route and as such was not too surprising. However, the new LG device was far more interesting as it seemed to be a standalone unit. However, that was not all, it was also a unit which seemed to be destined for Verizon, with no indications if it was due to land at other carriers as well.

The model number for the earlier LG smartwatch was LG-VC200, however, it is now starting to look like that won't be the only LG smartwatch en route, or at the very least, the only variant of the smartwatch. On the same day, another FCC filing was made for a smartwatch which comes with the model number LG-VC110. Again, the FCC does not provide too many details about this latest smartwatch but what it does have is some actual pictures of the device as shown above.

Interestingly, the images do seem to show a similar design to what was noted for the Verizon LG watch earlier. Although, there were no images of the Verizon watch, there was a label drawing which showed a more oblong shaped watch compared to the current trend of rounder watches. As you can see from the images for for the model number VC110, the same non-round design is in use. As such, it does seem that this could be an additional variant of the previous LG Smartwatch. Adding to the confusion, this one also lists support for CDMA BD0 an BD1 bands which are largely associated with Verizon again. Therefore, how different this one is compared to the VC200 remains to be seen. Although, with IFA just around the corner and now this one also passing through the FCC, it might not be too long before we know more firm details and how many LG smartwatch variants are coming.