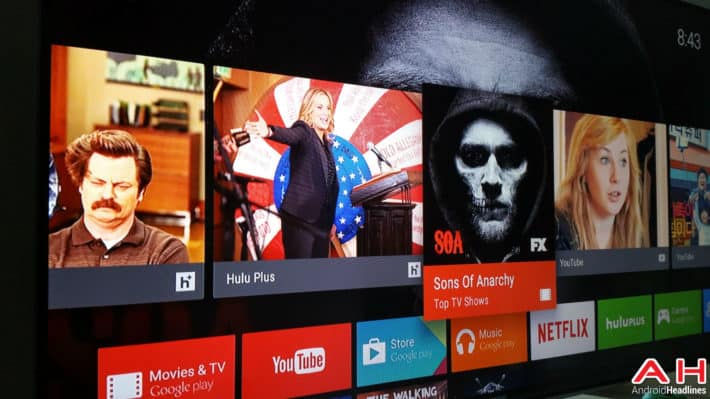 Android TV is the latest development for anyone looking for a more engrossing TV experience. However, it does seem that recently the launch of Android TV is fueling a resurgence in Android TV boxes. In spite of the name similarity, these things are quite different. Android TV is a platform, it is loosely based on Android 5.0 (Lollipop) and therefore, takes its cues and design elements from Lollipop. However, it is not true Lollipop but instead a custom user interface which is purpose-built to offer a more optimized Android TV experience. If you need an example of the difference, then just look at apps. Any device running Android 5.0 (Lollipop) can run pretty much any app from the Play Store. It does not matter if you are running Lollipop with Sense UI, MIUI, TouchWiz or stock. The fundamental experience, installing and download the app, is the same. With Android TV, it is not. Although, based on Lollipop, apps have to be optimized and reworked so that they can run on Android TV. From the end user experience, this is probably the most obvious example.

In contrast, Android TV boxes, best thought of as boxes which give your TV an Android experience (as opposed to an Android TV experience), come from a different principle. While their big selling point is they will turn your dumb TV into a smart TV, this is what Android TV does as well. What is much more relative and probably more of an accurate description, is that they will turn your TV into a big smartphone or big tablet. Here in lines the real benefit of Android TV boxes. If your TV emulates a tablet running on Android, then suddenly your TV is no longer bound by the same limitations set by Android TV. A prime example is again, apps. If your TV emulates a tablet, your TV will be able to run any Android app and not just the ones which have been optimized for Android TV.

Recently, there has been some talk about whether Android TV is already stagnating and in threat of being abandoned. This is largely being attributed to what is perceived as a lower lack of adoption by not only consumers, but also manufacturers. However, this is not strictly true. For a platform that is this young in its infancy, it has seen massive support by a number of top manufacturers, Sony, Asus, NVIDIA, Razer, Philips and so on. So there is support, but getting the product right is what takes time. In contrast, with an Android TV box, there is effectively little to do. Get the interface right and everything is instantly compatible, works and is user-ready. These boxes, more often than not, seem to be running on Android 4.4 (KitKat) which is probably another aspect that makes them even more user friendly. However, downgrading to KitKat seems like a small price to pay for a TV that offers a similar level of functionality to a tablet or smartphone. In fact, this week saw a new project hit Indiegogo called the Touchjet WAVE. This is one of these Android box type devices, however, the Wave takes it to the next level by also offering the ability to make use of gesture controls and adds a touchscreen function to your dumb TV. This is something that is not at all currently offered on Android TV. Unless you have a touchscreen TV which comes with Android TV functionality baked in, although, even in this case, that is more of a feature of the TV, then the Android TV software. Either way, what the WAVE will do is really offer a full tablet experience on your TV. This means all your Android games with touchscreen controls, movies, music, connected devices, all controllable by gestures. A real Android TV experience and one which is more real than Android TV itself.

As such, for all who worry about Android TV adoption levels, units sold, manufacturers onboard or compatibility, the real threat for Android TV might actually come from the very market the platform is creating a demand for…the Android on you TV platform