Google just unveiled that Android M would officially be called Android 6.0 Marshmallow, and with it they released the third and final version of the developer preview software for supported Nexus devices. Ever since Lollipop Google has been launching early builds of their mobile operating system so that users could get their hands on the software and test it out before the final consumer-ready version gets pushed to devices later on. They’ve continued this trend this year with Android Marshmallow and if you’re eager enough you can download and flash the third developer preview right now as the links have been made available. Additionally, Google has stated that they will begin to push OTAs of the Dev Preview 3 in the near future so you could also end up waiting for it.

With each build of the Android Marshmallow dev preview we’ve seen some new functionality come to the operating system which wasn’t there before, and Google isn’t deviating from this with the third preview either. There will be a number of new functions in this latest release which people will likely notice. As for what’s new with this build of the dev preview, there are a handful of changes to look out for. Some users may remember that the last build of the dev preview enabled something called the system UI tuner, which allowed you to customize various icons in the system tray up top. If you have this turned on, the dev preview 3 will denote this with a little wrench icon next to the settings button to show you that this option is enabled when you drag down the notification shade .

There is also of course the famous new boot animation that many people have likely already seen. Now when booting up devices, the animation is much more lively and colorful. A question that was probably on many users minds was whether or not Google had finally implemented a new easter egg when tapping on the build version inside settings/about phone. The answer here is no as it is still the same as it was in the second developer preview build which went out earlier this year. So far that’s all that’s been noticed but rest assured there will be some additional changes unearthed as the day goes on. 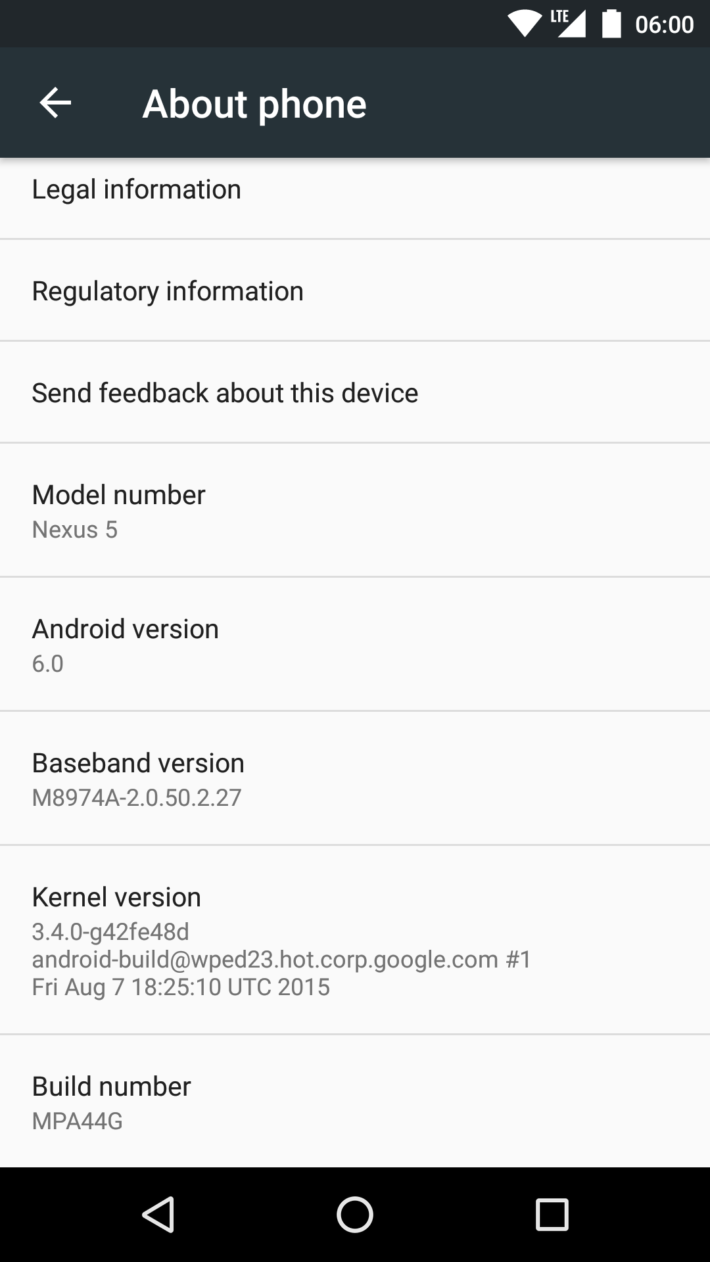