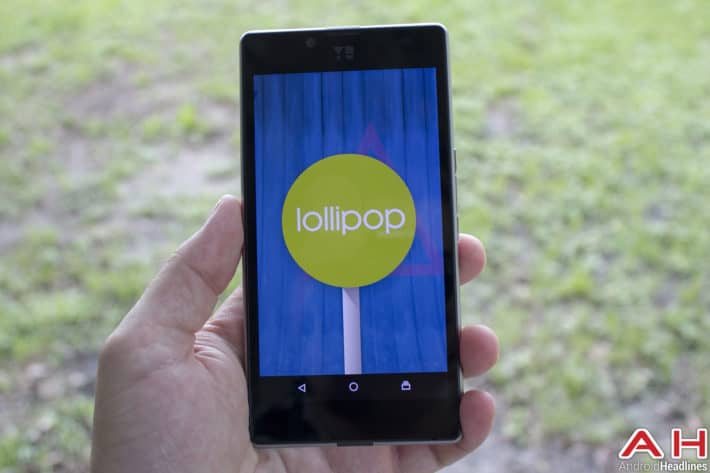 Every month, a number of data companies release their findings providing the public with a view of the mobile landscape. These typical show which manufacturers are on the move and which operating systems are prevailing. One of those companies who routinely release their data is Google themselves. However, unlike the other data roundups, these figures show a more internal view of Android, dictating the state of the Android operating system overall and its current adoption levels. The figures allow us a glimpse at how Android is doing, which versions of the operating system is being adopted more and which is seeing its adoption levels lowered. Interestingly, although these figures come out every month, there was none last month and therefore, the figures below are compared to the last recorded levels which were back in June. In terms of this month's figures, all data is relevant to the seven-day period leading up to August 3rd.

In terms of the actual numbers, the headline operating system, Android 5.x (Lollipop) now accounts for almost 20-percent. The total exact figure is 18.1-percent and breaks down as 15.5-percent of devices running Android 5.0 and the remaining 2.6-percent running on Android 5.1. This sees Lollipop increasing up from June's 12.4-percent figure. As mentioned, July was missed and therefore, the current figures show a growth in Lollipop of almost 6-percent over two months. Moving on and KitKat now occupies a total of 39.3-percent. This shows that the Android 4.4 version actually increased since June, when it was recorded at the marginally lower 39.2-percent figure.

Moving to the older generations of Android and Jelly Bean (android 4.1.x – 4.2.x) dropped down to 33.6-percent from its June figure of 37.4-percent. Similarly, both Ice Cream Sandwich (4.0.3 – 4.0.4) and Gingerbread (2.3.3 – 2.3.7) both saw a full percent drop in their adoption, with Ice Cream Sandwich dripping to 4.1-percent (down from 5.1-percent n June) and Gingerbread down to 4.6 (from 5.6-percent in June). While Android Froyo (2.2) remained on its static 0.3-percent marker and seeing no change. Overall, this is to be expected. Lollipop is seeing its updates rolling out much wider over the last two months and therefore, climbing close to the 20-percent level seems in line with a steady adoption rate. The lack of KitKat seeing any drop at all (and actually marginally increasing) is an interesting point and shows that it is not quite ready to hand over the reigns to Lollipop just yet. 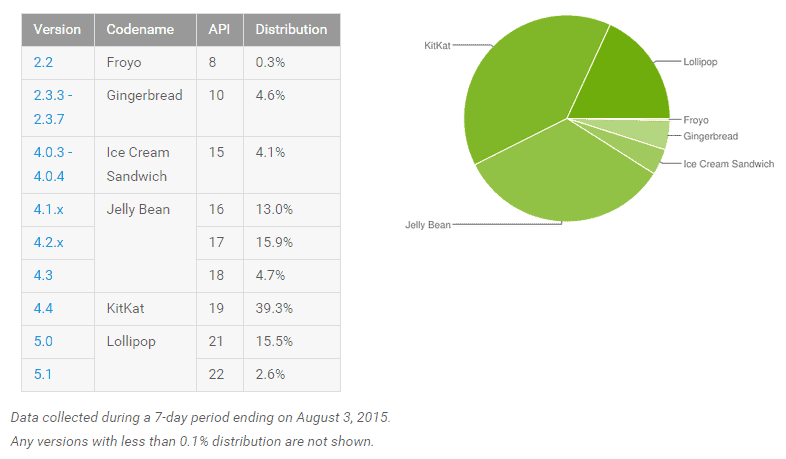