Everyone loves apps. If there is any doubting this, then you only have to look at the app market in general. It seems apps are downloaded in large numbers every day of the week. Not to mention, some of the biggest app developers have made some serious revenues from their apps. Which again highlights the power and strength of the app market right now. That said, one of the most interesting aspects of the app market is that it is the 'free' apps which are generating the highest number of downloads and revenues. It sounds contradictory to state, but being free, or at least free at the point of purchase, is a way in which app developers can get you to try their app without you incurring a cost and then take advantage of using in-app purchases (IAPs) or in-app advertising to generate revenues. So although, they are called free, these freemium apps, are not exactly entirely free.

Interestingly, Amazon has announced today a new business model in which they hope will benefit both the app end-user and the developer and in doing so, they are offering a large selection of apps completely for free. Amazon Underground, as it is being called, is a new app from Amazon. The way the app works is that Amazon have teamed up with a number of developers and agreed with them to waive their app fees. These could be in the form of the outright download cost or the actual IAPs. So the apps are free to download and use. To compensate the developers, Amazon will be paying them using a pay-per-minute-played model. So the developers will still receive revenues for their apps, but based on the actual time a user spends in the app. These per minute payments are paid by Amazon and not something that is passed on in any way to the end-user. So in short, it does seem that Amazon are offering what they say they are offering.

Of course, as this is essentially a marketplace for apps, this means that Google will not allow the app to be downloaded through the Play Store. Therefore, in a similar way to how the Amazon Appstore has to be installed, you will need to download the app directly from Amazon. To do so, you have to head over to this link and either provide an email address or phone number and Amazon will send you the download link. 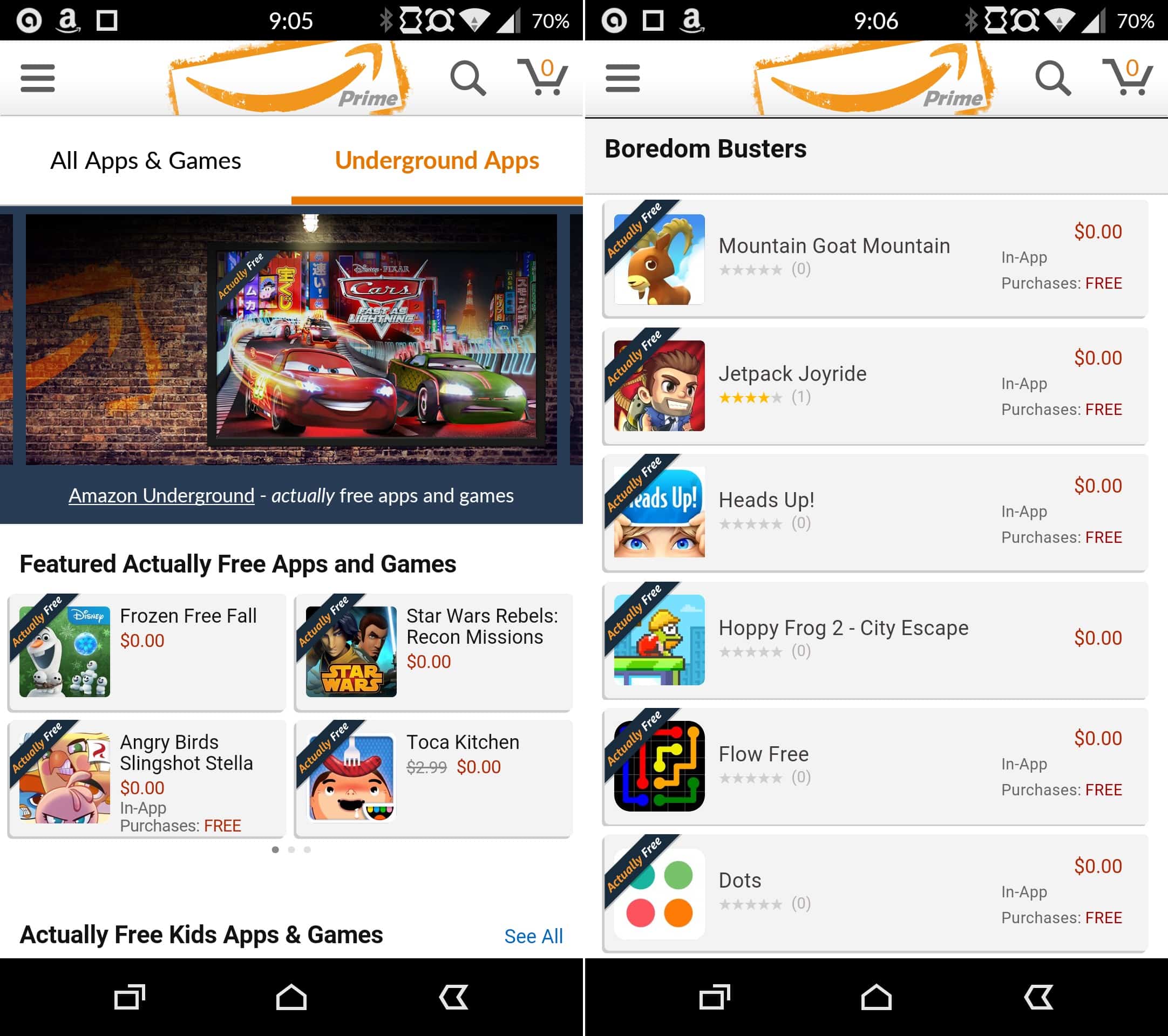 Sponsored Video
Advertisement
Trusted By Millions
Independent, Expert Android News You Can Trust, Since 2010
Publishing More Android Than Anyone Else
3
Today
3
This Week
545
This Month.
545
This Year
110712
All Time
Advertisement