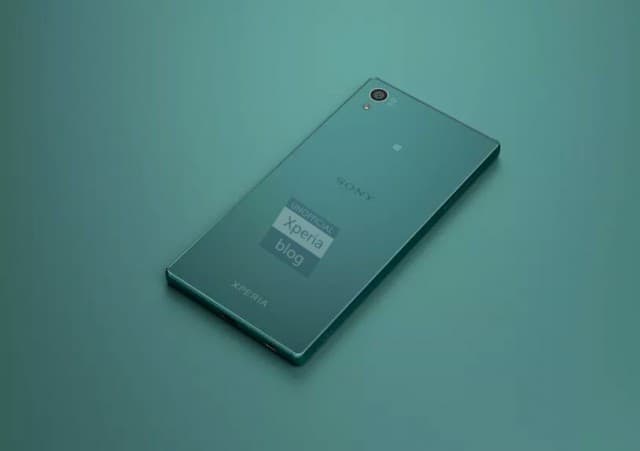 Sony is a company who generally has a somewhat odd release schedule for their devices, as they have just barely launched the Xperia X3+ (the Xperia Z4 in Japan) in the U.S. a month or two back and they're now expected to be showing off the Xperia Z5 and a couple of variant models at the upcoming IFA event. Rumors that Sony would show off the Xperia Z5, Xperia Z5 compact and perhaps one other model at their press conference started surfacing not too long ago, and since then there have been a couple of leaks showing off what were believed to be the new flagship, although none have been so compelling as the ones which have just appeared.

These new leaks show off a few different press images of the device, showing specific parts and one which shows off the entire back of the phone that looks like the final design before an official launch. Typically with Sony's Xperia phones they list the MP count of the rear camera sensor and it's no different here with this press image which displays the new phone will be coming with a 1/2.3 23MP Exmor RS rear-facing camera, giving credence to previous rumors of the upstep from the usual 21.3MP camera they have used on some of their past recent devices.

In addition to the image focusing in on the back camera, there is also an image which displays droplets of water on the screen of the device so consumers can certainly expect Sony's signature waterproof feature to be present, as if there was any doubt in the first place. For the most part it looks like Sony has kept to the same design of the Xperia Z3 and Xperia Z4 with rounded corners and various colors. If these images are all of the same device than the Xperia Z5 should be coming in what looks like a turquoise color, a white, and a gold, and chances are there will be a black color too although this is still uncertain at this point. The speakers also appear to be at the very edges of the screen just like with the Xperia Z4. Sony's press conference begins next Wednesday so hopefully more will be unveiled at that time.