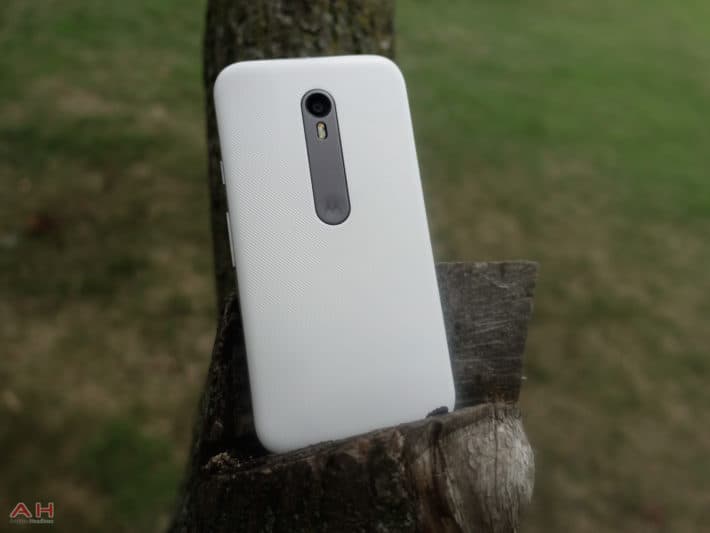 Technology is expensive, and so is using it.  Obvious statement is obvious, yes, but the fact is that more people are able to say and understand that much.  And, as carriers in the United States move away from the seemingly antiquated system of two-year contracts, the cost of owning and operating a smartphone or data-enabled tablet is becoming more apparent.  And that's a great occurrence.

The phone charging next to the computer I'm typing on right now, the much-beloved Nexus 5, cost, at launch in fall of 2013, $299 for a 16GB model, and $349 for a 32GB model.  I paid $349 for my 16GB model, and signed a new two-year contract with Sprint.  Remarks about the carrier, quality of service, or backwards nature of buying a Nexus on-contract aside, the cost is what matters.  The phone was $349 upfront, and the typical 'extra charges' added onto the service plan I share with family.

Nexus devices, for the past few iterations preceding the Nexus 6, have been loved for their price-for-performance offering.  But something like a Galaxy S6 or Galaxy Note 5, which costs upwards of $600 to buy outright, is what causes people problems, and has the greatest improvement potential in the post-contract era in the U.S.  If you look at any carrier in the U.S. and look for the Note 5, you'll find it for between $696 and $739 with no contract.  But, if you take a monthly installment plan, where you pay a lower price upfront (often by a large amount, and sometimes even $0 such as at T-Mobile) you'll pay the device off as you use it for the 18 or 24 months it'll take.  You'll pay maybe $60-$80 for service, then an additional $20-$30 for the device.  Once the period of paying the device is over, you just pay for service, and now own the device fully.  That's the key actually, that you own it when you finish paying it off.

Contracts have historically been very much weighted against the customer and their dollars.  If you buy the Note 5 with a contract, you'll pay $249 upfront, then a possibly higher per-month service bill (Sprint as the reference).  But, if you did sign a two-year contract with Sprint on the Note 5 (and we did the math so you can leave your calculator alone) you'll pay $849 in total.  The device can be bought outright for $720, or paid off over 24 months for a total sum of $720.  Bad deal.  And if you continue to use the phone after your contract is up, you don't get a lowered service bill, it's the same as if you were still under contract.

Customers who ditch contracts and opt for payment plans over the length of a typical or shortened contract actually lower their service bill because the device is paid off.  This is much more positive than finally finishing your contract but still paying as much as when you didn't own the smartphone you use.  Customers are, essentially, being offered and taking the chance to take real ownership of their smartphones, and the U.S. carriers are actually aiding in the process.  Yes, the typical and always-present problems of carrier compatibility (CDMA versus GSM technologies), but the fact that they can do with their smartphone what they please, including leave the carrier altogether, is a brighter light for consumers than we've seen in a while. The best part is not that contracts are a fading dynasty of a bygone age in the U.S., but that while some manufacturers continue to top out in the $700 and $800 range for a new smartphone, companies like OnePlus, ZTE, and Motorola have taken to offering device that will work with carriers, but are purchased from them instead of the carrier.  And they cost less.

The Moto X Pure Edition, the U.S.-exclusive model set to release later this year, will be starting at $400 for the 16GB model.  It'll work with any of the four carriers (like its preceding sibling the Nexus 6), and you won't have to pay it off like you normally would; you'll just pay for service, pay $400 to Motorola, then the device is yours.  Period.  Same with the OnePlus One and 2.  Both are offered for under $400, and once you pay OnePlus and receive your device in the mail it's yours and it can work freely on T-Mobile and AT&T, with you only paying for the service bill, not the device.  ZTE's Axon Pro will cost you just under $450, but you'll again own the phone right then.  And these phones, regardless of age, are as good as and sometimes better than the flagship-priced handsets that are released each year.

Flagships aside even, you can buy a device that will work well and cost you under $300.  Motorola's Moto G and Moto E both come in LTE-flavoured variants, and the G only costs a maximum of $220, while the Moto E with LTE only costs $149.  Lollipop, quad-core Snapdragon CPUs, and nearly-stock Android with quick updates?  Yes, the smartphone revolution is upon us and especially our wallets.  Smartphones can get as expensive as they want, because some manufacturers will still cater and offer directly to the consumers that keep them and their products alive.