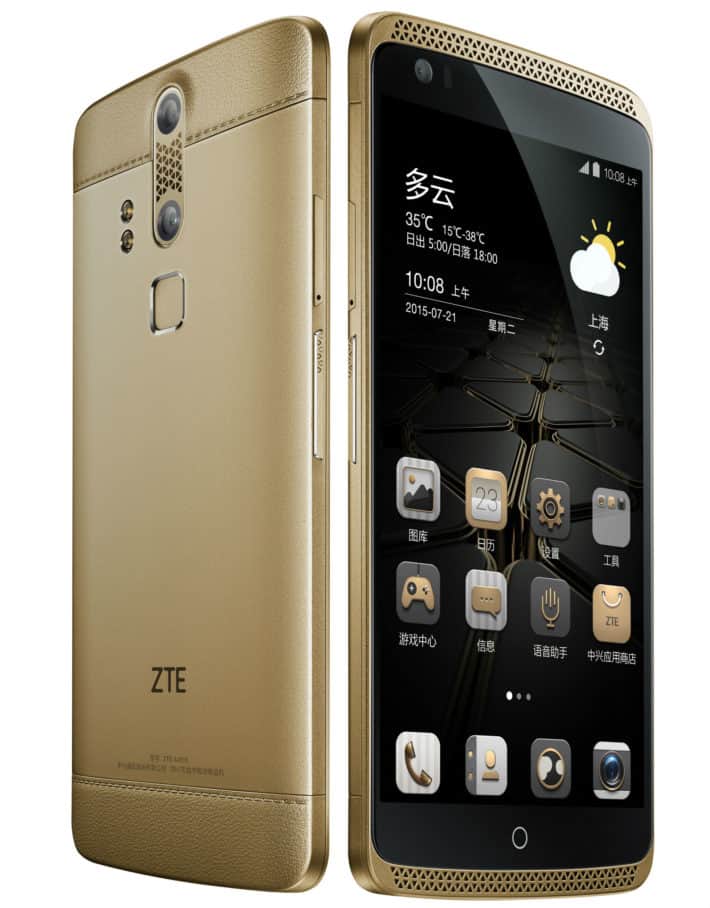 ZTE might not always be the first company that comes to mind when thinking of buying a new smartphone. However, the company is looking to change that and make more of an impression on the market. In fact, only last week the company announced their latest flagship device in the form of the ZTE Axon Phone. This was unveiled in the U.S. and generally received rather good first impressions due to the very high level of specs on offer. That said, yesterday, an interesting device was noted passing through China’s equivalent to the FCC, TENAA. The variant in question seemed very much to be the ZTE Axon but with one notable difference. This one included a fingerprint scanner.

Besides the included identification and biometric features, much of the rest of the specs of the two devices are the same. Although, there are some differences in the RAM and display of the two devices. While the Axon comes with a 5.5-inch display with 1920 x 1080 resolution, the Axon Lux comes with a 5.5-inch display with a 2560 x 1440 resolution. Likewise, the Axon is equipped with 3GB RAM and the Lux variant comes sporting 4GB RAM. Both come touting Qualcomm’s Snapdragon 810 processor, a 13-megapixel rear camera, a 2-megapixel front-facing camera, a 3,000 mAh battery and both running on Android 5.0 (Lollipop) out of the box. In China, the Axon costs 2699 Yuan (roughly $435) while the Axon Lux, with its premium features comes in at 3888 Yuan (roughly $625). At the moment, there are no details as to whether the Axon Lux will be available outside of China.