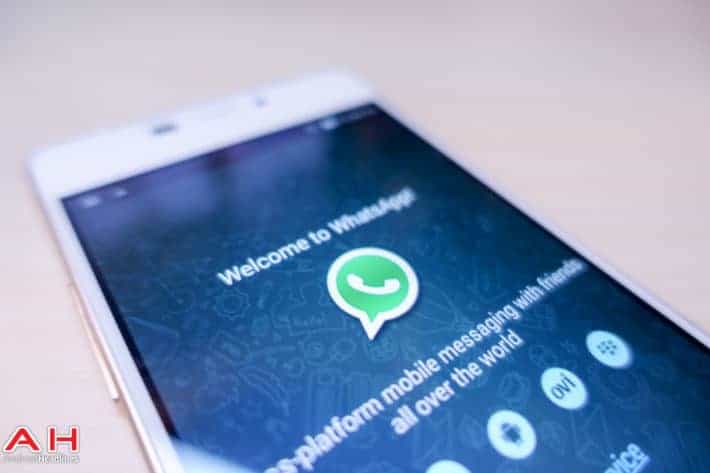 WhatsApp, for many, has become their de facto communication method and now that the service offers voice calling as well, there seems little reason not to use WhatsApp. Unless of course, you have so many friends that your data allowance is swallowed up by WhatsApp messaging, which is itself pretty unlikely. The $0.99 a year fee makes WhatsApp attractive enough on its own, but considering that the vast majority of your friends and family are already on the service it becomes even more attractive. As WhatsApp has become such a big part of our lives for a lot of us, it's understandable that we want to keep hold of these messages and photos for as long as we can.

In a recent update to version 2.12.197, as well as what appears to be a server-side switch, WhatsApp now allows for backups to Google Drive. This was a feature that the service previously offered, but it appears to be back with a vengeance. Reddit users are reporting that there are new settings to enable this found by going to "Chats and Calls, Chat Backup". It seems like some of these changes are server-side and some of them are within the new version of the app. Either way, this is more than likely a staged rollout sort of thing, and not everyone will see this new feature right away. It might be worth checking the Play Store on your devices to see if there's update available, and closing WhatsApp and reopening might help as well.

We've been backing up our SMS messages for years now, and apps to help you do that are two-a-penny in the Play Store, so it's nice to see WhatsApp adopting this sort of thing as a standard feature. Especially as many Android users will simply use Google Drive as standard. The service has undergone some important changes since it was bought by Facebook, and this year we've seen the arrival of voice calling for all, a new Material Design theme for the Android app and now the ability to never lose a message again. It'll be interesting to see what's to come, but for now, happy backing up!