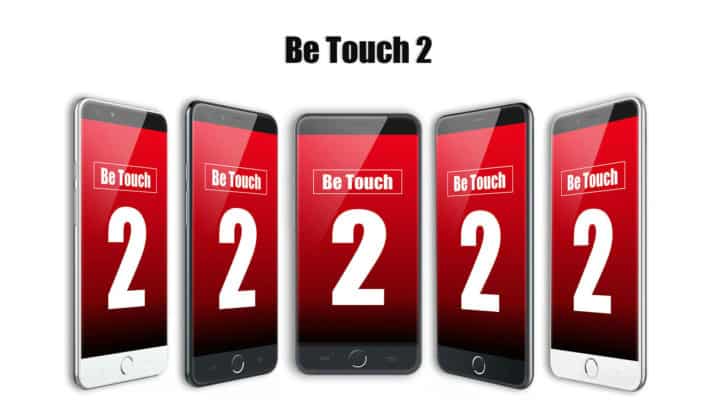 A lesson many people learn the hard way is that smartphones are relatively fragile devices. To handle, many smartphones are not the most ergonomic of devices, often being wider than a comfortable grip, quite thin, lightweight and in many cases, built from a relatively slippery material such as glossy plastic, glass or metal. Yes, some manufacturers have started incorporating "soft touch" materials into their smartphone such as leather, which we've seen the Motorola Moto X and LG G4 incorporate, and this can make the device grippier – but what happens when it drops? Does that LG G4 screen crack with a drop? Does the leather-clad Moto X shatter if you drop it? However, it turns out that smartphone glass is only fragile in some respects.

A new video to promise the Ulefone Be Touch 2 has the device used to smash walnuts and drive nails. This is not the first time that a smartphone glass has been used in a ridiculous way: going back a few years, back when Nokia started supporting Microsoft's Windows Phone, the Nokia Lumia 800's (only, from some quarters!) redeeming feature was that you could use the device to hammer in a nail. We've also seen manufacturers demonstrating how sturdy their chassis is by hammering in a nail using the edge of the handset; Oppo used the super-slender R5 device to hammer in a nail. The Be Touch 2 uses Gorilla Glass 3, which is less tough than Gorilla Glass 4 – but it's much stronger than Gorilla Glass 2 and the first generation Gorilla Glass. I've no doubts that the Be Touch 2's front glass is indeed tough enough to hammer in a nail. And whilst this is not something I would recommend you ever do with an Android device, but most modern smartphones have very touch glass screens from the dead-ahead. You can happily take a hammer to the front glass and give the device a hefty knock and the glass should be fine. It's when you use a point, or the edge of a hammer, or drive over it and there's gravel on top of the glass, that you can run into trouble. But to repeat: please do not experiment!

The reason why the front glass is so strong is associated with how the material can cope with force. Glass has an extremely high compressive strength but significantly lower tensile strength: when glass has one side under compression and the other under tension, it is relatively brittle. Front on, those knocks use the compressive strength whereas side on, we see tensile strength properties. If you were to drop a relatively soft chassis device with an extremely tough front glass – the above mentioned LG G4 for example – and the side of the glass were to receive a knock, you would likely break the screen even with a relatively small knock. As I've written, please don't experiment with your own or a borrowed device (and yes, tempting as it is, not with the Nokia Lumia 800 either!).