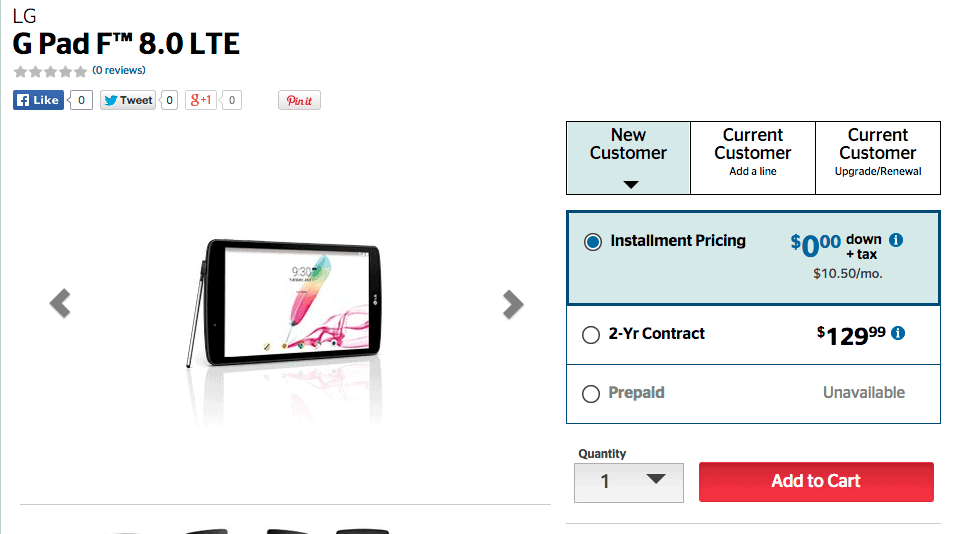 As you can probably tell by the name, this is an 8-inch tablet, and has a 1.2GHz quad-core processor on board as well. For cameras, LG has a 2MP front-facer and a 5MP rear-facing camera. Along with 16GB of internal storage, however that can be expanded with a microSD card slot. It does have Android 5.0 on board, which is a nice thing to have, as most tablets with these type of specs are running KitKat still.

There are a few interesting tidbits about this tablet. For one, it has a full sized USB port. Yes, a full size USB port, not a micro USB port. At least it's not a proprietary port though, so you can use just about any USB cord you have laying around to charge it up. LG has also included a stylus with the LG G Pad F 8.0. So you can draw, take notes and much more. It's a nice addition.

It's a decent tablet here from LG, but not something we'd call a flagship from the company. It will serve most people's needs, like checking email, checking Twitter, etc. but for gaming, you may want to look elsewhere. We are still waiting on LG to upgrade their flagship tablet that came out shortly after the LG G2, the LG G Pad 8.3. Hopefully LG doesn't disappoint, as I'm sure many are looking for more high-end tablet choices. Right now the tablet market is getting pretty scarce.