Right now, the situation is rather uncertain for the future Sony mobile products. We’ve been hearing about the new Xperia Z5 lineup, which could launch in September as well as some other premium products. Also, we’ve reported that the company could change the naming scheme of their products in order to simplify it and somehow this new rumor holds these two theories together. Some images were spotted with some text that reads “Made for Bond” and the brand Xperia underneath it, as well as a blurred letter followed by the number 5. Some basic logic would tell us that what’s underneath the blur is the letter Z, indicating that this is the successor of the Xperia Z3+ which is also known as Xperia Z4, but then why would it be blurred? Is it possible that a different letter is underneath? If so, why would they use the number 5 and not any other number when using a new naming scheme for this device?

This is the phone that is supposed to appear in the newest James Bond film called Spectre and it’s premiering on November 6. The film started production last year, and even then, there were some discussions about which gadgets the agent should be using in the film, as he always uses the latest and greatest, which makes it hard to imagine another letter like the M (belonging to Sony’s mid-range lineup) being used. We got some information back then, which was leaked on account of the hackings received by the company, it included some images of possible future smartphones and we even got to know some sort of prototype of what the Xperia Z3+ became.

Columbia Pictures, being part of Sony, is known for using some of the company’s latest products in their movies, so it’s very likely that we could see their latest smartphone offering in the new movie even though the movie is currently in post-production status. The last time Sony promoted a phone with a Bond movie was with the Xperia T, so the new posters could be used to promote a newly released Xperia Z5 or just as likely, someone is just faking the whole thing, although the source is supposed to have given reliable information in the past. 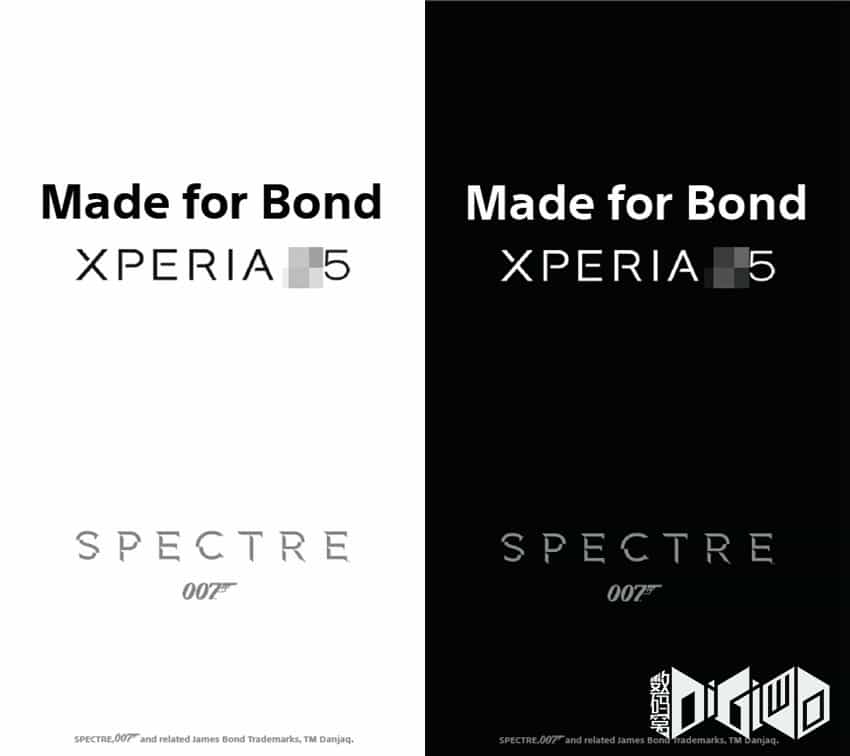