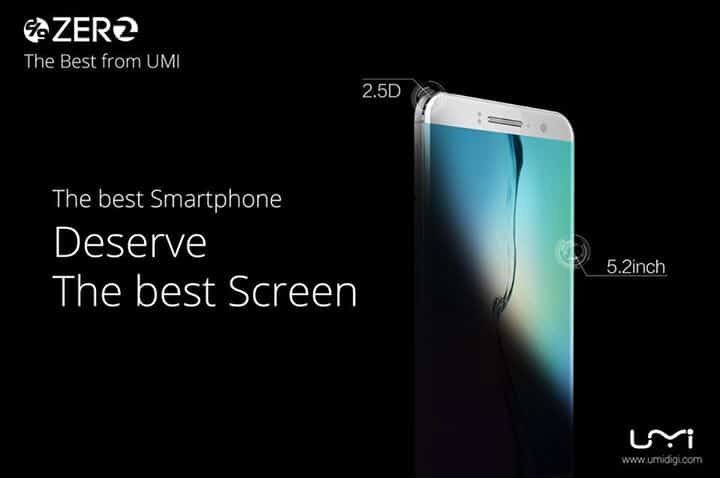 UMi has recently released the company's new high-end smartphone, the UMi Iron. This handset is made out of metal, it offers 3GB of RAM and is powered by MediaTek's MT6753 64-bit octa-core SoC. The phone also features a 5.5-inch 1080p display and an eye scanner. The most compelling part of this smartphone is the price, the phone costs $179.99 via a number of Chinese retailers. This is not the only device UMi has released in the last couple of weeks though, the company has also pushed out Voix Blu wireless headphones, and teased another interesting handset, read on.

UMi has recently teased the arrival of UMi Zero 2, a successor to the company's flagship for 2014, the original UMi Zero. UMi has released the first Zero 2 teaser a couple of days ago, and quite clearly stated that the device will ship sporting two displays. The phone will feature a Super AMOLED panel up front, and an E-ink display on its back. Yotaphone has actually released dual display handsets thus far, and the UMi Zero 2 will be somewhat similar to Yotaphone's devices it seems. It is also worth mentioning that Siswoo has announced such a device as well, the Siswoo R9 Darkmoon.

That being said, UMi has released yet another Zero 2 teaser on their official webpage confirming that the device will sport a 5.2-inch display with 2.5D curved glass on top of it. If you take a look at the provided image, you'll also get to see a part of the device itself, and it seems like this thing will also be made out of metal. UMi has also revealed the resolution of UMi Zero 2's display, despite the fact you might think this will be a 1080p panel, UMi has opted to go with a QHD display. It will be interesting to see how much will this phone cost considering everythign. There you have it folks, another piece of UMi Zero 2 info. We'll let you know if anything else pops up, but you can expect this thing to get announced in the coming weeks.