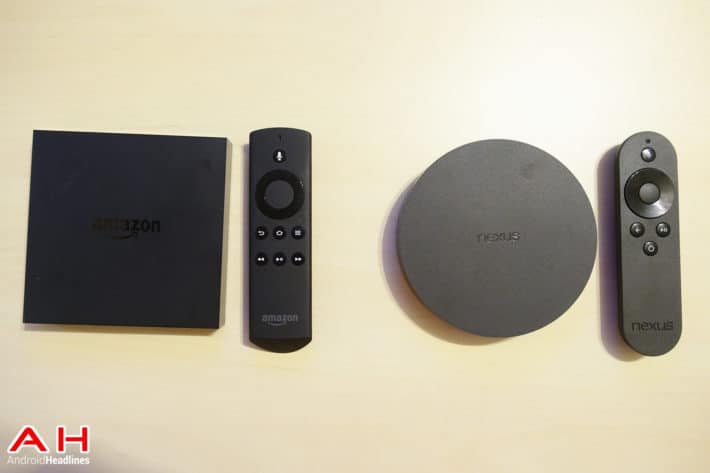 Both the Amazon Fire TV and Nexus Player options are now available in the UK, as have Roku boxes been available for years now, but that doesn't seem to have stopped the movement of pirate TV boxes entering the UK. As Android is an Open Source platform – something we should all be thankful for – it's source code can be downloaded and then modified to work on a myriad of different hardware configurations. Across the pond in the UK, this meant that long before Android TV was officially announced by Google, TV boxes with Android – commonly Android 4.1 or Android 4.2 Jelly Bean – were on sale with Bluetooth remotes and such. Sadly, not all manufacturers of these set-top boxes were happy to provide them for genuine, legal uses.

As TorrentFreak is reporting, a joint investigation by the Metropolitan Police and the Federation Against Copyright Theft (FACT) has recently led to high profile raids in Feltham, Middlesex. A 48-year old man and woman pair have been arrested for possessing as many as 1,000 TV boxes containing pre-loaded apps and services used to stream or download illegal, copyrighted material. The raids were carried out by both the Regional Organized Crime Unit (ROCU) and the Government Agency Intelligence Network (GAIN), with video provided to make sure that awareness about these boxes are raised. Raids in the West Midlands have also resulted in a number of unit seizures as well.

While those content to use torrents and gain access to content illegally will argue that this police action takes things too far, there is the argument to be made that companies such as Sky wouldn't have to charge quite so much for ondemand services like NOW TV if fewer people were pirating content. Considering that a lot of TV can be watched for free in the UK both through Freeview as well as IPTV services, it appears that the pirated content comes in the form of movies as well as TV shows such as Game of Thrones that can't easily be watched. A video from one of the raids is available to watch below.