To say that we're in the middle of the Summer, it's been an interesting couple of months. With phone launches from Sony, Motorola and of course OnePlus this has been one of the more action-packed Summers in recent tech memory. For our list of the best Top 10 Android Smartphones out there, this means big changes, and some that you might not expect. With Samsung holding an event shortly as well, it looks like the Summer of 2015 will go down as one of the more active in the smartphone world, at least where Android is concerned.

The new Moto G (available right now) starts from just $179.99. That's right, a device with a 64-bit quad-core CPU and 5.0-inch HD display that's fully customizable from Moto Maker is less than $200. Granted, it's a Snapdragon 410, and the stock Android 5.1.1 software on here might not run quite as smooth as we'd like, but for this sort of price, there's little complaining to be made. Perhaps you use a tablet more often, and just need a simple phone? Maybe you're waiting for a new upgrade, whatever it is this is a decent phone, period. It's not the best, but it's not a phone you say "it's good at this price", it's just good.

You can purchase the new Moto G from Amazon. 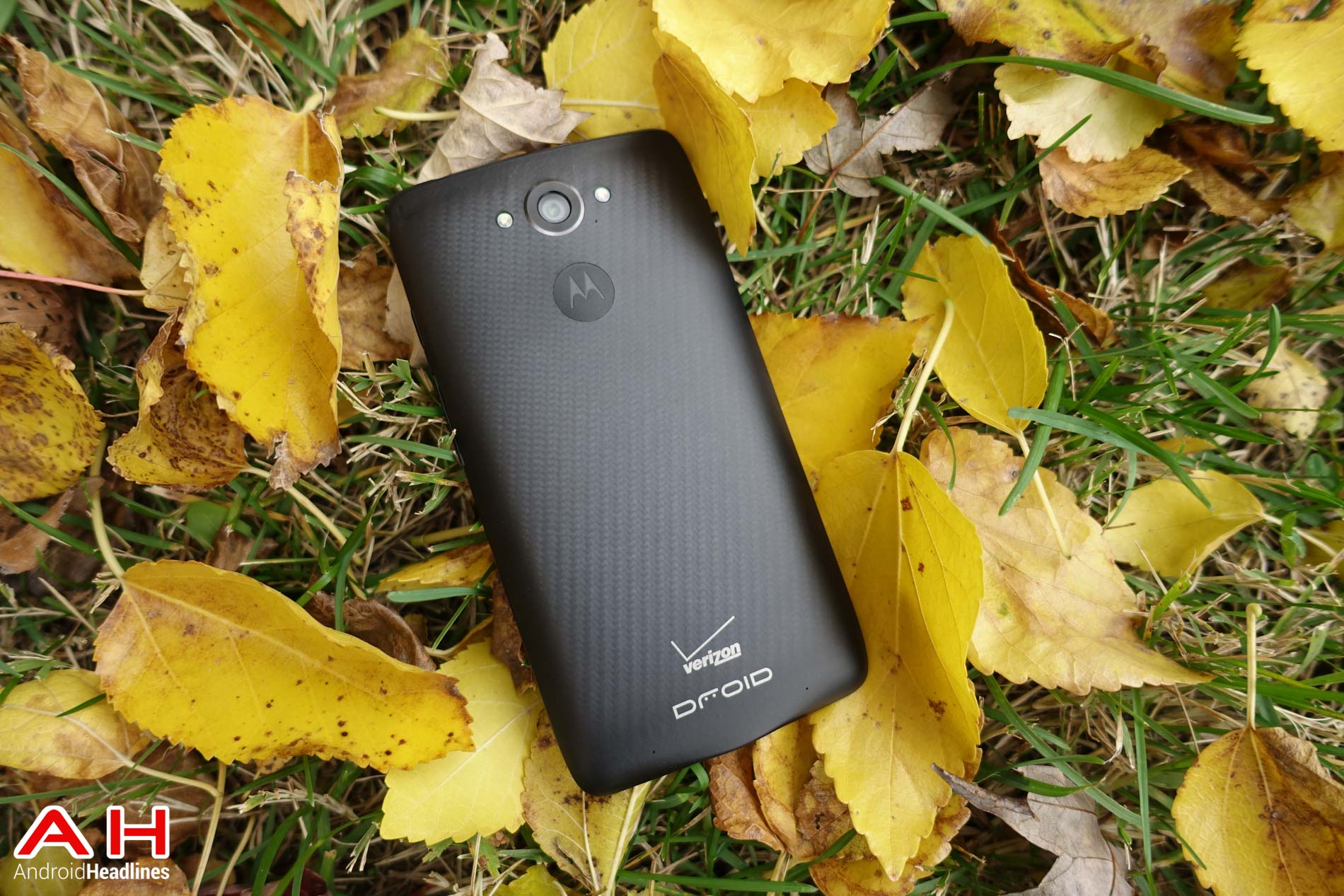 The DROID Turbo is an excellent smartphone, there's no doubt about it. With a 5.2-inch Quad HD display, an excellent camera, and some of the best battery life out there, there's little complaining. However, in a world where contracts are slowly dying a death, the idea of having one phone on one network just doesn't make that much sense any more. Plus, we're sure to get a big bump to the DROID line this September. If you're a Verizon customer and are happy with their prices and their coverage, then this is a great phone, but there are other choices available and if you're the 24-month signing kind of buyer, then it might be prudent to wait.

Buy the DROID Turbo from Amazon.

When HTC released the HTC One M8 last year, they did so to much fanfare; people were still excited for their unique metallic build, and the DuoCamera offered people a fun new feature to play with. Fast forward to 2015 however, and it appeared like HTC was resting on their laurels, with a device had changed very little but on the inside. With a more up-to-date camera sensor, that still underperforms, and mostly the same software and hardware from last year the M9 simply can't compete in the face of the Galaxy S6 and the LG G4. Still, with excellent sound from the BoomSound speakers and UH OH protection in North America, the HTC One M9 is a decent phone. It's just not what we would have expected, and the One M9+ really should have been their flagship out of the gate.

Buy the HTC One M9 from Amazon.

Ever since the original Xperia Z, Sony have been releasing devices with their omni-balance design and a square, digital look and feel. In just two years we've seen five Xperia Z phones, not counting the Xperia Z Ultra. This makes Sony's designs feel a little stale and well, all too familiar. Innovations in processors and cameras aside, the Xperia Z3+ feels their most lukewarm upgrade yet. The display is still 1080p, the same camera from the Xperia Z3 and Z2 is here again but so is everything that made those phones great. In fact, with waterproofing that includes an open microUSB port for easy access, there's a lot to love about Sony's latest. That is, unless, you haven't owned an Xperia Z2 or Xperia Z3.

Earlier this week, OnePlus finally took the wraps off of their second phone, dubbing it yet another "flagship killer". While the jury on that is still out, our coverage is all over the site, including a hands-on look here. With a new processor, a fresh new Quad HD display and a new design tweaking what people loved about the original, the OnePlus Two is a good-looking phone, especially in the wood options. Having said that, with little more than an evolutionary upgrade that falls short of the hype, the Two misses NFC, a head-scratcher of an omission and that invite system people hated the first time is back again. Of course, for the price, and with stock Android, there are few phones out there that can stand up to the Two.

The Nexus 6 has a lot going for it; it's got a Quad HD display, a Snapdragon 805 and 3GB of RAM and it's also the only phone that will work on Google's own Project Fi network. Of course, for many, the Nexus 6 is too big and it's also more expensive than a Nexus device seems to have any right to be. For many though, the Nexus 6 represents a great smartphone that has all the hallmarks of a classic Nexus device. With rumors of a new Nexus and the Moto X style usurping things somewhat, it's an interesting time to be a stock Android fan.

Buy the Nexus 6 from Amazon.

Motorola surprised a lot of people earlier this week with the announcement of the Moto X Style (which won't be available until September). Not because it was larger than last year's Moto X, but because it was a 5.7-inch behemoth. Motorola have done a good job with their bezels to make this feel smaller than it really is, but a jump from 5.2-inches to 5.7-inches is pretty big. Still, Motorola have really, really upped their game in the camera department and added a 3,000 mAh battery and a Snapdragon 808, eschewing the hot, power-hungry Snapdragon 810 in other 2015 flagships. It might be something of a mixed reception Motorola are getting right now, but the Moto X style should definitely help them compete.

The Galaxy Note 5 may or may not be coming soon, but as of right now the Galaxy Note 4 is one of the best phones out there. It's one of the few that actually makes use of the larger display with excellent S-Pen and the Snapdragon 805 and 3GB of RAM really help as well. While many might not like Samsung's software, it's undeniable that the Galaxy Note line is the one to go for if you need great battery life, a large display and a little productivity while on the move as well. An excellent all-rounder, the Galaxy Note 4 still happily holds its own.

Buy the Galaxy Note 4 from Amazon.

The LG G4 is a great example of how to build upon on an already excellent device. They made the already dense display brighter, more color accurate and altogether just better. They steered clear of the Snapdragon 810 and delivered a device with more balanced Snapdragon 808 and 3GB of RAM. With leather back options and a camera that gives Sony's own a run for its money, the G4 is the complete package and it really looks the part as well. While LG's software could still do with some toning down, it does have some neat features here and there and is fairly easy to use.

Buy the LG G4 from Amazon.

With the Galaxy S6 and Galaxy S6 Edge, Samsung showed us once again just why they were at the top of the smartphone game. Capable of adapting to the premium trend we've seen in the past couple of years, the Galaxy S6 duo are built from metal and glass, with some of the best-looking designs Samsung has ever produced. On the inside, Samsung's own silicon runs cooler and is more power efficient, and they've delivered a camera experience that is almost fool proof. Altogether, these are the phones that 2015 will be remembered for, that is unless Sony and co have anything left up their sleeves.

Trusted By Millions
Independent, Expert Android News You Can Trust, Since 2010
Publishing More Android Than Anyone Else
0
Today
143
This Week
371
This Month
371
This Year
101866
All Time
Advertisement