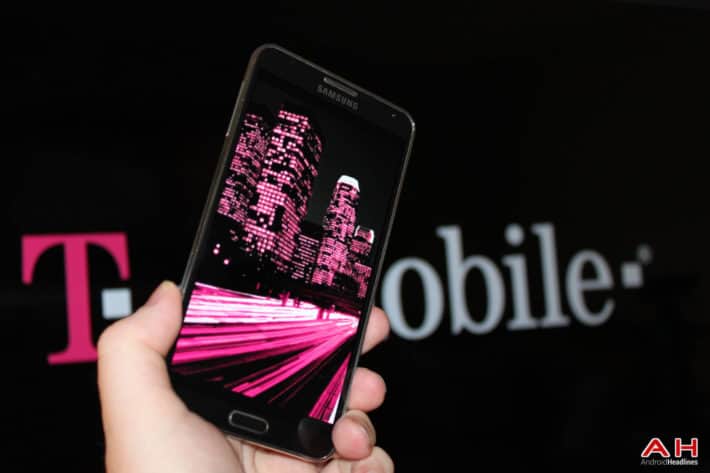 Yesterday, T-Mobile US pre-released second quarter subscriber data yesterday and these showed strong momentum, particularly in the regular contract or postpaid subscriber numbers. The data was so encouraging that several financial analysts have increased their revenue expectations. However, at the same time these same financial analysts have reduced T-Mobile's earnings margins although this is to be expected; for T-Mobile, subscriber growth is by charging less than the other carriers and this reduces the profit margins.

In the detail, T-Mobile US said it added 2.1 million total customers in the second quarter and a little under half of this was postpaid customers. The breakdown in this million postpaid customers is approximately three postpaid 'phone customer additions for every one postpaid mobile broadband customer. During the quarter, T-Mobile's data shows it added 178,000 branded pre-paid customers, lost 33,000 M2M customers but added over 900,000 MVNO (mobile virtual network operator) customers. It ended the quarter with 58.9 million customers. Compared with investment bank estimates, T-Mobile US was well ahead of Wells Fargo estimates. Here, Wells Fargo believed T-Mobile would add 1.2 million customers in the second quarter including a shade over three-quarters of a million postpaid new customers. Following T-Mobile's data, Wells Fargo now believe T-Mobile will report second quarter revenue in at $8.02 billion compared with their previous estimate of $7.92 billion. Similarly, J.P. morgan raised their estimate revenue from $7.89 billion to $8.04 billion and Jefferies raised their expectation from $7.82 billion to $7.92 billion.

As alluded above, this growth has to be paid for and because of this, the market expects margins to be lower. Essentially, T-Mobile US has paid for the new customer additions with promotions (such as the two lines for $100, including unlimited LTE data). The three investment banks detailed above are all expecting a modest decline in overall margin and EBITDA. Furthermore, the investment community likes T-Mobile's "Jump On Demand" program, where customers can upgrade their handsets three times a year by handing back their old device. It is expected that this new business model, whereby the cost of a smartphone is capitalized and depreciated rather than expensed, will boost the EBITDA data. It's a different way of managing cashflow and profit into and out of a business.