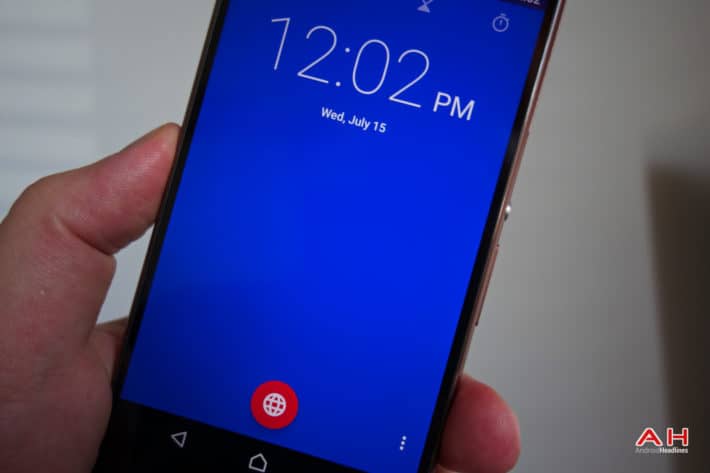 Google has recently updated their Clock app which was just launched in the Play Store last month, and according to the update changelog the latest version of Clock, which should be showing up for you as version 4.0.2 if you already have the app installed or will be installing it, includes a set of colors which are more neutral than before. Everything still looks and feels just as "material" as it did before, but the colors appear slightly darker. In addition to the color changes Google made to the app interface, they also state that Clock now has some bug fixes and improvements which should make performance a little bit better, more specifically they have implemented a fix for the duplicate provider issue and the timer button issue people were experiencing.

For those who have never used Google's clock app before, you should be in for a treat if you have a passion for things which are more minimalistic or simple. Google hasn't overloaded the app with a bunch of features and extra functionality, it just comes with the basics that have been in the stock android clock app for as long as we can remember which are the alarm clock page, as well as extra pages for a stopwatch, a timer, and the world clock.

The app may not be overly saturated with features, but it works and works quite well if all you need is something to beep at you when you want to wake up in the morning, something to tell you the time in the different time zones of where you might be traveling, or even a stopwatch if you may be going through some type of training which requires one. That's the beauty of the app though. The updated version should be live in the Play Store for any new or existing users of Clock, and if it isn't you can grab the apk file from this link to install it. Color changes may be a more basic change, and if you're looking for extras you may very well not find them with Google's stock clock even down the line, if that's the case, there are plenty of suitable options for clocks with extras.