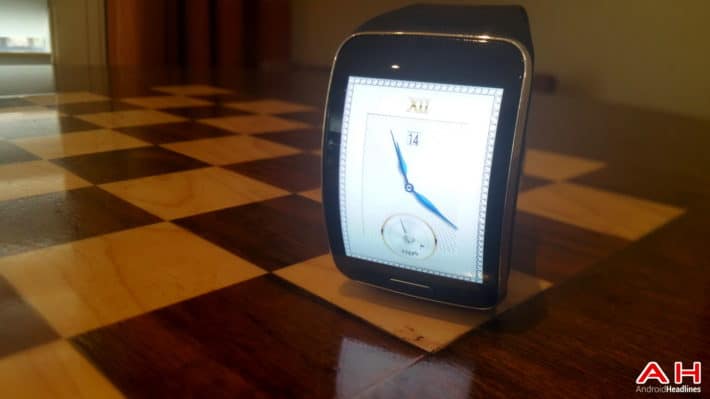 While Samsung has released successful products in the form of the Galaxy S6 and Galaxy S6 Edge already this year, it looks like they're far from being finished. We recently got word that Samsung is holding yet another 'Galaxy Unpacked' event this year, not too far away on August 13th. The Wall Street Journal is reporting that Samsung will be betting on a larger version of the Galaxy S6 Edge Plus as well as the Galaxy Note 5, but that doesn't appear to be all. It sounds like next month might be the first time that we'll see the new Samsung smartwatch announced.

We've been hearing a lot about the Orbis smartwatch that has apparently been in the works for some time, and rumors are now pointing to August 13th being the launch date for this as well. The WSJ is now quoting "people familiar with the matter" that they'll be releasing their first smartwatch since the Gear S (pictured above) launched last year. The Orbis is apparently going to be Samsung's first round smartwatch, and that this version of the watch will include a cutback version of Samsung Pay, the Korean company's answer to Apple Pay which they launched on the Galaxy S6 line of devices.

Not much is known about the Orbis beside rumour at this point, but it would make sense for this to be yet another Tizen-powered smartwatch running on an Exynos processor – perhaps a low-power 3472 – that will only work with Samsung devices. Considering that Motorola just held a launch event with no new Moto 360 in sight, and the Huawei Watch has been delayed 'til the Fall, Samsung could catch their competitors off guard. The problem however could be that as Android Wear watches from the likes of LG, Motorola and Sony are available for any Android make and model on the market right now, customers might not see the value in such an exclusive device. Samsung will be hoping that Samsung Pay can help sway those on the fence, but a feature that stands on its own outside of both Android Pay launching this fall and Apple Pay might not be enough to grab the attention they're after.