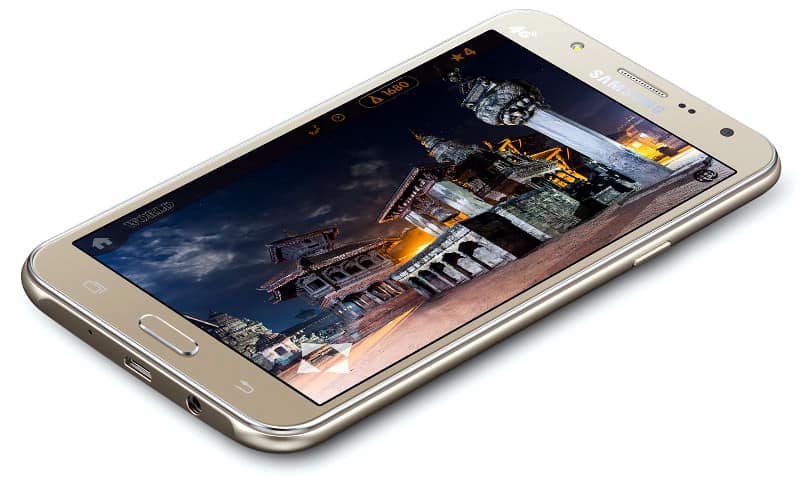 Samsung has launched two of its new Galaxy J-series offerings in India. At a press event in Delhi on Thursday, the South Korean electronics major introduced the Galaxy J5 and the Galaxy J7 as its newest offerings, after having already launched the devices in China earlier this month. The smartphones fall in the lower-mid range category, and are targeted mostly at a younger clientele, with the promise of well-lit, wide-angle selfies. The USP of the two devices is a front LED flash on each device, to go with a 120-degree wide-angle lens for ostensibly better quality selfies to be uploaded to social media sites. The Galaxy J5 has been priced at Rs. 11,999 ($190) while the Galaxy J7 will have a price-tag of Rs. 14,999 ($240). Both devices will be available exclusively on Flipkart and will be offered in Black, White and Gold. The phones will also come with exclusive offers from Airtel and Gameloft including double data for 6 months on Airtel's LTE network, Rs. 594 ($9) worth of credit on Airtel's music streaming service Wynk and Rs. 3,200 ($51) worth of in-app purchase credit from Gameloft.

Coming to the hardware specifications of the devices, the Galaxy J5 features a 5-inch 720p display, and is powered by a Qualcomm Snapdragon 410 SoC, which comes with a 64-bit quad-core CPU clocked at 1.2 GHz and an Adreno 306 GPU. The smartphone comes with 1.5 GB of RAM and 16 GB of internal storage, which is expandable by up to 64 GB with the help of a microSD card. The 13 megapixel primary camera on the back of the device comes with an LED flash and f/1.9 aperture. The selfie-cam meanwhile, as mentioned above, comes with a 5 megapixel sensor with an LED flash and a 120-degree wide-angle lens. The phone comes with LTE and HSPA+ connectivity, along with Wi-Fi, Bluetooth 4.1 and GPS. The battery in the Galaxy J5 is rated at 2,600 mAh.

As for the larger and pricier Galaxy J7, the smartphone features a 5.5-inch display with a 1280 x 720 resolution. While earlier reports had indicated the possibility of a Snapdragon 615 chipset powering the device, it has now been officially revealed that the device will be powered by an Exynos chipset, designed in-house by Samsung. The SoC comes with an integrated octa-core CPU clocked at a maximum of 1.4 GHz. The rest of the hardware specifications stay mostly identical to that of its smaller sibling apart from the battery size, which sees an increase to 3,000 mAh on account of the phone's larger screen size. The gallery below depicts the Galaxy J5 on the left and the J7 on the right.