We're getting awfully close to the launch of the Galaxy Note 5. Rumors are pointing to an August announcement, which is right around the corner. We've been seeing leaks and rumors left and right regarding the Galaxy Note 5, and today we have another one. Courtesy of Weibo (basically the Twitter of China). It appears the Galaxy Note 5's S Pen has leaked out. Not a huge deal, really, but it's about what we expected. This one actually looks to be a bit of the gold variety. There's nothing really revolutionary different, from what we can see. Except for one thing.

And that is the end of the S Pen has a bit of a bigger gap compared to the second one. Which could help with the auto-ejecting of the S Pen which is said to be a feature on the Galaxy Note 5 this year. The S Pen is supposed to sit flush with the metal chassis this time around, it normally has in the past, but you can still feel where the S Pen Silo is. Samsung is looking to eliminate that this year, and make the device look even nicer. We can't really complain about that. But judging by the fact that we have a S Pen with two different lengths, our guess is that you press the top of the S Pen and it auto ejects. Almost like a ballpoint pen. When you press the top, the ink comes out. Press it again, and it goes away.

The Galaxy Note 5 is said to be featuring an Exynos 7422 processor inside along with 4GB of RAM. Although they are said to be sticking to that 5.7-inch display and also keeping it at 2560×1440 resolution. It's bound to be a great looking device, as well as a powerful beast. With top of the line everything, which is quite normal for Samsung, actually. Typically Samsung announces the Galaxy Note at IFA in September, but it appears that they are looking to announce it a bit earlier this year, so they can beat the iPhone 6s this year. One thing I wish they would do is announce the phone, then have it available a week or two later, instead of over a month later. That's something that Apple excels at with the iPhone. 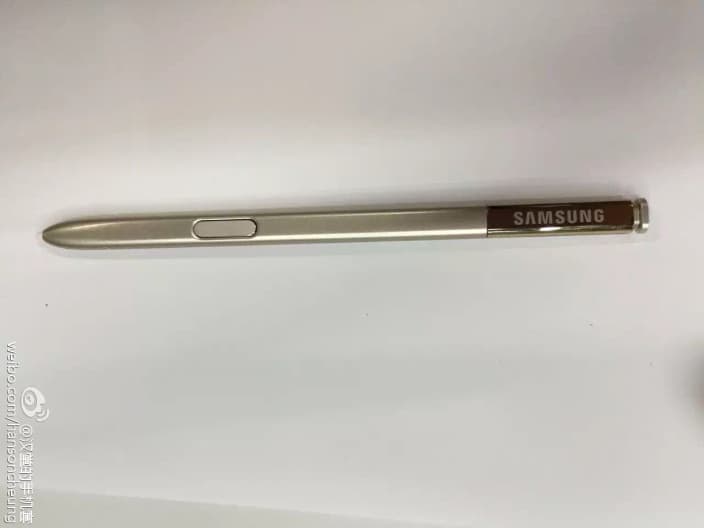