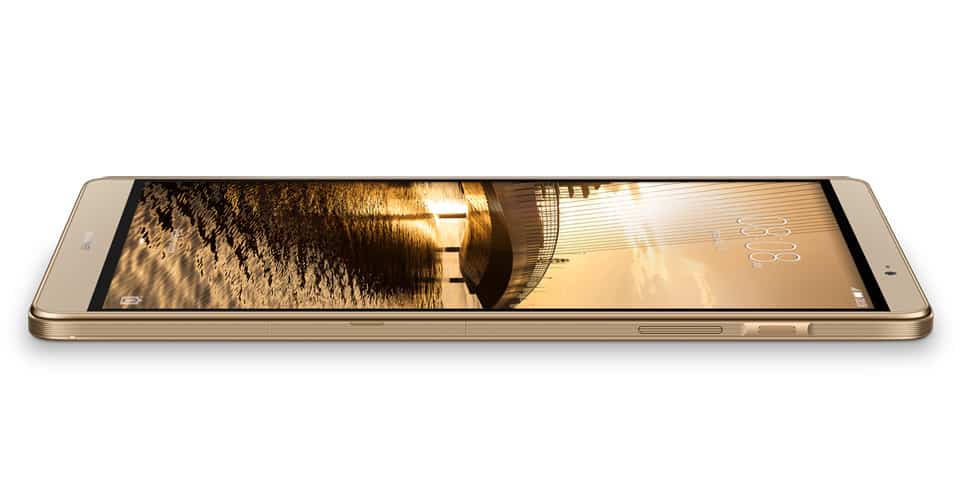 Nobody knows what the fate of the tablets will be as sales have been declining, possibly due to lack of innovation from one generation to the next one, still, companies have been focusing on great designs to make their tablets stand-out from the rest. Huawei, being one of the most important Chinese manufacturers, has proven that they pay attention to the design of their devices and the materials used in their construction. Such products include the carefully crafted Huawei Watch or their recently announced P8 lineup of flagship devices.

Inspired by the P8 design language, the company recently announced the MediaPad M2 8.0, about a year after they announced the MediaPad M1, which is now more refined while keeping an almost entire metallic build and a thin profile at 7.8 mm. Sound is also an integral part of the tablet, not only because it comes with larger speakers than previous generations and audio enhancements with Clear-Fi technology and their harman/kardon partnership, but the lines on the frame are also inspired by a musical score.