Do we have a good one for you today – the powerhouse Motorola DROID Turbo with the huge 3900mAh battery goes up against the new $110 Yu Yuphoria from India. The exclusive DROID line at Verizon was upended with the arrival of the new Turbo – QHD display, Snapdragon 805 processor, a huge 3900mAh battery and a Motorola DROID Turbo Charger.  Yu, a wholly owned subsidiary of India’s Micromax, delivered a new device called the Yuphoria for 6,999 Rupee or about $110 in US dollars – built much better than the price belies, and a great device for the price.

These two distinctly different smartphones do share a few items with one another.  For starters, they are approximately the same physical dimensions as well as display size – the 5.2-inch on the DROID Turbo versus the 5-inch on the Yuphoria.  Both use a Qualcomm Snapdragon quad-core processor, just different models and specs.  They also have some of the usual suspects – Wi-Fi, Bluetooth 4.0, GPS, a microUSB port for charging and data transfer and both offer fast battery charging.

The Motorola DROID Turbo shares certain DROID characteristics – that same Kevlar backing and DROID ‘chin’ are there to greet you.  It is a typical Motorola smartphone – rugged, well built and good looking in a masculine sort of way.  It feels good in the hand and is just the right size with its 5.2-inch ‘sweet spot’ display.

Motorola went all out with its 5.2-inch QHD AMOLED display with a resolution of 2560 x 1440 pixels and 565 pixels-per-inch (PPI) – not even in the same ballpark with the 294 PPI on the HD display of the Yuphoria.  The DROID Turbo has a great processor – the 32-bit Qualcomm Snapdragon 805 quad-core clocked at 2.7GHz.  This compares to the 64-bit Qualcomm Snapdragon 410 quad-core processor used in the Yuphoria.  The DROID Turbo comes with 3GB of RAM and 32GB of internal memory, although the DROID Turbo had a 64GB model, it is no longer available.  The Yuphoria comes with 2GB of RAM and the 32GB of internal storage, but has available expansion via a microSD card slot.

Motorola has never been known for putting great cameras on their devices, but they upped the stakes of the main camera to a 21MP sensor, autofocus and a dual-LED flash.  Even though there is no OIS, the camera does a nice job taking photos, and certainly better than the Yuphoria with its 8MP main camera.  The front-facing camera (FFC) on the DROID Turbo is only 2MP, and is outclassed by the 5MP on the Yuphoria.  The DROID Turbo comes with a huge 3900mAh battery and will certainly last you a day or two of service.  If you need to charge it, you have the wireless charging option or Turbo Charger to get you quickly up and running again.  The smaller 2230mAh battery in the Yuphoria will also get you through the entire day with its quad-core processor and 720p display.

Extras on the DROID Turbo include a single front-facing speaker, NFC and an inside nano-coating for water resistance.  It was released with Android 4.4 KitKat, but has been updated to Lollipop 5.1.  Because it is a DROID device, it is a Verizon exclusive and the current price for the 32GB model is down to $99 on a two-year contract or $495 off-contract. 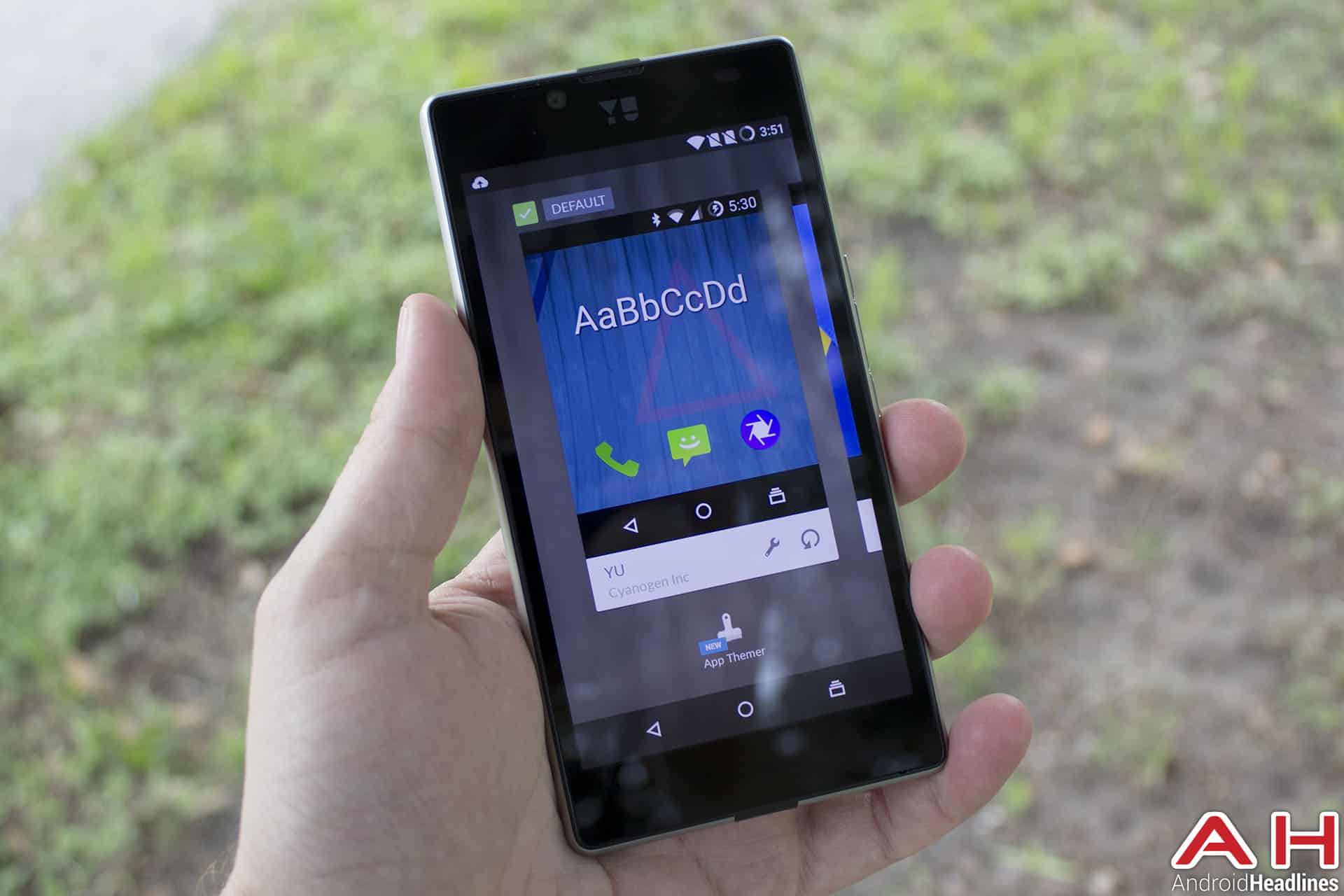 Micromax, a very popular Indian manufacturer of smartphones, is the sole owner of Yu Televenture.  Yu has released their second commercial smartphone as the Yu Yuphoria – a quality smartphone at a rock-bottom price of 6,999 Rupees, or about $110.  While the phone is mostly made of plastic, it has a metal trim that goes around the outside edges that are nicely rounded and leaves an overall great impression in your hand.  On the right side you have the volume up and down buttons with a power button that falls in between – however, the power button is lower in stature than the volume buttons.  You will eventually get used to the feel of the buttons and it will become second nature.

The Yuphoria sports a 5-inch IPS LCD HD display with a resolution of 1280 x 720 pixels and 294 PPI – this goes up against the DROID Turbo’s QHD 5.2-inch AMOLED display with 565 PPI.  The Yuphoria comes with a 64-bit Qualcomm Snapdragon 410 quad-core processor clocked at 1.2GHz with 2GB of RAM and 16GB internal storage, and a microSD card slot for expansion up to an additional 32GB.  The DROID Turbo uses a 32-bit Snapdragon 805 quad-core processor with 3GB of RAM and 32GB of internal memory with no room to expand.

The Yuphoria’s main camera is an 8MP sensor with autofocus and an LED flash – it is slap in the middle of the back of the device with a huge metal ring surrounding the lens…it comes with a large 5MP FFC for excellent social selfies and video chatting.  This goes up against the 21MP camera in the DROID Turbo that adds a dual-LED flash, but only has a 2MP FFC.  The Yuphoria has a small, removable 2230mAh battery compared to the much larger 3900mAh non-removable battery in the DROID Turbo.  Both batteries will get you through a normal day – the DROID Turbo for two – and both devices have a quick charge feature and the DROID Turbo also has wireless charging.

The Yu Yuphoria is a dual-SIM device,  has a built-in radio and comes complete with Pure Wolfson Sound.  The main speaker is a little on the soft side, but you can hear the difference with a good set of headphones or earbuds – but certainly not the ones that come with it.  It is running Android 5.0.2 Lollipop with Cyanogen 12 riding on top.  The phone is available in two colors – Buffed Steel and Champagne Gold for approximately $110. 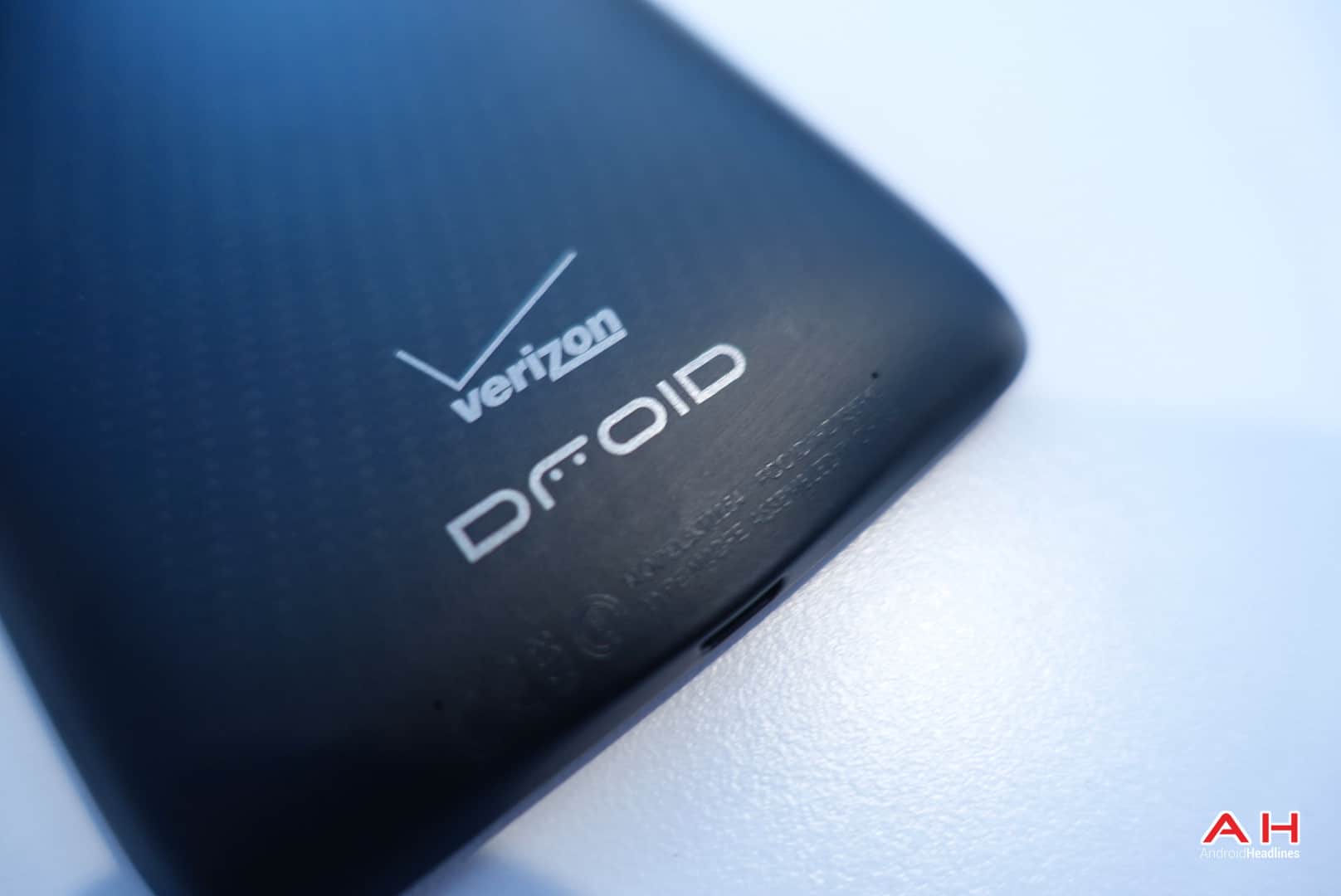 I have to go with the Motorola DROID Turbo as the winner of this comparison – it definitely has the higher specs everywhere…better display, more RAM and memory, larger battery, and better camera…all for a reasonable price of $495.  The Yu Yuphoria is a great device for the money, and if you are happy with the 720p display and mediocre camera, then the Yuphoria is a steal at $110.

The DROID Turbo is a much more refined device and offers a few extra features – it has NFC, a built-in IR Blaster, nano coating to resist water, wireless charging and it comes with the Motorola Turbo Charger.  But for $110, the Yuphoria makes a good daily driver or those extra phones for the kids or the old folks.  Could the Yuphoria satisfy a smartphone geek, certainly not, but for $110, you cannot beat the price.