Do we have a good one for you today – the Motorola DROID Turbo  goes up against the new Samsung Galaxy S6 Active. Both devices are rather unique in their own way, with the DROID Turbo shocking everybody with its QHD AMOLED display, huge 21MP camera and gigantic 3900mAh battery…and to top it all off, it is only available on the Verizon network.  The Galaxy S6 Active is also an exclusive device, but this time you have to join AT&T’s network.  It is designed for the ‘active’ user that wants a rugged device for hunting, fishing, camping, a rock climber or if you just want to bring out the Rambo in yourself with its camo protective shell.

The DROID Turbo and S6 Active both have the usual suspects – Wi-Fi, Bluetooth (4.0 in DROID Turbo and 4.1 in the S6 Active), GPS, NFC, a built-in IR Blaster, a microUSB 2.0 port for charging and data transfer, a fast battery charger and built-in wireless charging.

Even though the Motorola DROID Turbo is a new entry to the Verizon DROID collection, it shares certain DROID characteristics – that same Kevlar backing and DROID ‘chin’ are there to greet you.  It is typical Motorola – rugged, well built and good looking in a masculine sort of way.  It feels good in the hand and is just the right size.

The display is right at that ‘sweet spot’ that most users love at 5.2-inches, but Motorola went all out with a QHD AMOLED display with a resolution of 2560 x 1440 pixels and 565 pixels-per-inch (PPI) – very close to the 576 PPI on the S6 Active.  The Turbo used the best processor Qualcomm had at the time – a 32-bit Snapdragon 805 quad-core clocked at 2.7GHz.  This compares to the 64-bit Exynos octa-core processor used in the S6 Active.  They both come with 3GB of RAM and 32GB of internal memory, although the DROID Turbo had a 64GB model, but is no longer available.  The S6 Active’s 3GB of RAM is the faster DDR4 variety and the 32GB of internal storage is Samsung’s new UFS 2.0, which is much faster.

Motorola, not known for their cameras, upped the stakes of the main camera to a 21MP sensor, autofocus and a dual-LED flash…still no OIS.  However, the camera does a nice job taking photos…not quite up to the 16MP that includes OIS, a wider aperture of f/1.9 and Live HDR found on the S6 Active.  The front-facing camera (FFC) on the DROID Turbo is only 2MP, compared to the 5.0MP with f/1.9, live HDR and a wide-angled lens.  It comes with a huge 3900mAh battery and will certainly last you over a day of service.  If you need to charge it, you have the wireless charging option or Turbo Charger to get you quickly up and running again.  The smaller 3500mAh battery in the S6 Active will also get you through the entire day or two – just what you need out in the wilderness – and offers quick charge and wireless charging as well.

Extras on the DROID Turbo include a single front-facing speaker and an inside nano-coating for water resistance.  Because it is a DROID device, it is a Verizon exclusive, and the current price for the 32GB model is down to $99 on a two-year contract or $495 off-contract. 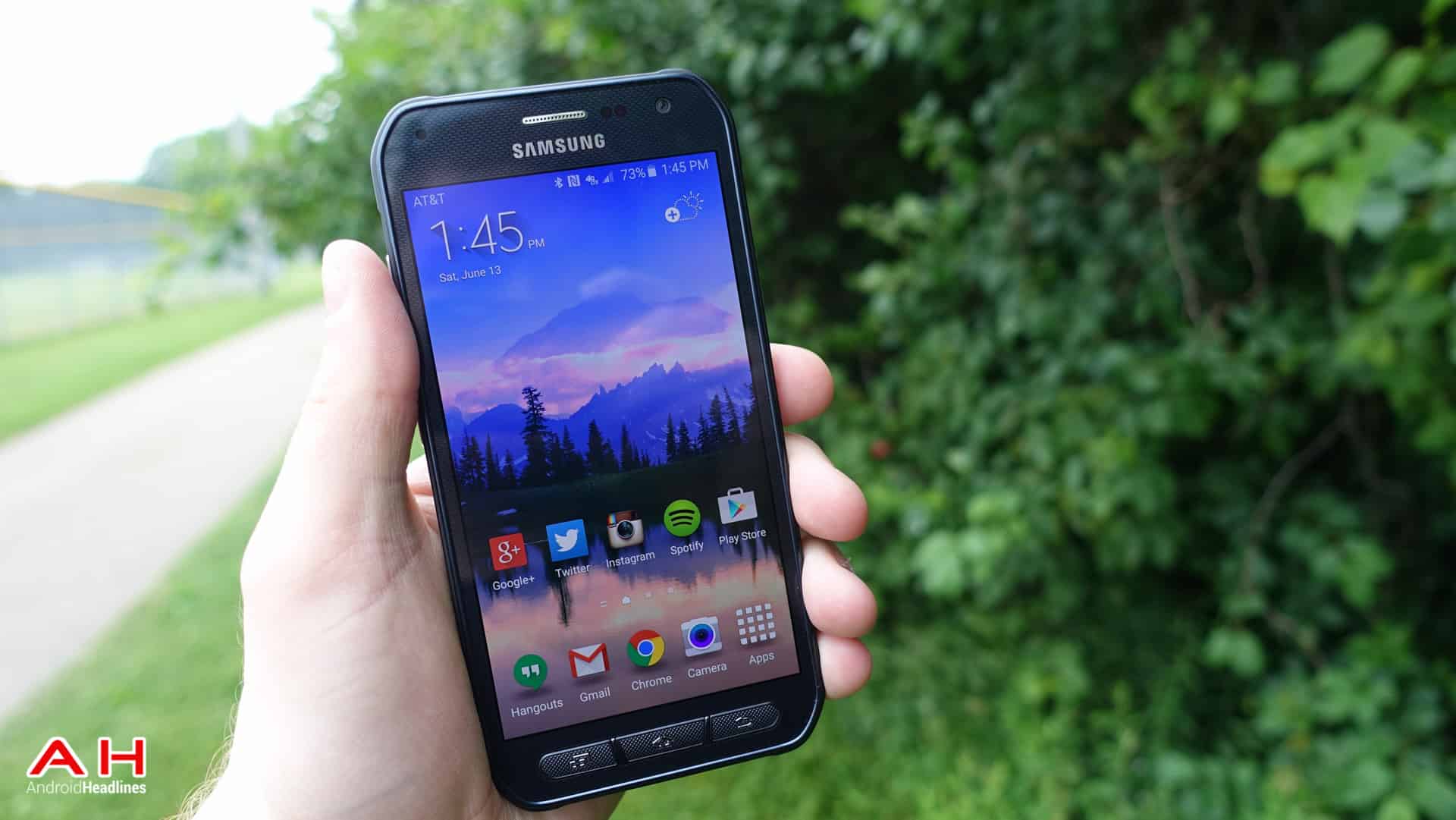 The Galaxy S6 Active is a Galaxy S6 on steroids – gone is the pretty glass and metal body and replaced by shock-resistant plastic camo in white, gray or blue.  It is there to protect your device from drops and to add to its ‘ruggedness.’  Most of the technology of the S6 is ported over to the S6 Active, but there are a few changes – gone is the fingerprint sensor and capacitive buttons, which are replaced by three physical buttons.

Also included is a programmable button on the side that is set for the Action app, but you can change it to operate the camera, for instance.  The Activity app is designed for the camper or hiker and immediately brings up a menu with a flashlight button, the weather, compass and other features an outdoors person might need to use.  There are some added benefits as well, such as IP68 certification for dust and water resistance and a MIL-STD-910G certification, which means it is resistant to salt, dust, humidity, rain, vibration, solar radiation, transport and is thermal shock resistant.

Much like the DROID Turbo’s 5.2-inch display, the Galaxy S6 Active shares the S6’s Super AMOLED display and comes in right at 5.1-inches, and uses the QHD resolution of 2560 x 1440 pixels and a whopping 576 PPI, as opposed to the 565 PPI on QHD display on the DROID Turbo.  Samsung opted for their in-house 64-bit Exynos 7420 octa-core processor.  It has four cores clocked at 1.5GHz and four cores clocked at 2.1GHz.  It is packing 3GB of much faster DDR4 RAM – a step up from the 3GB of DDR3 RAM used in the DROID Turbo.  It also comes with Samsung’s new, faster, UFS 2.0 flash memory offered in only 32GB with no room for expansion.  This matches up to the 32GB of storage in the DROID Turbo, also with no expansion capabilities.

The camera Samsung put in the Galaxy S series is quite possibly the best camera currently on a smartphone.  It is using a 16MP sensor with autofocus, an LED flash, a wider f/1.9 aperture, Live HDR and OIS.  The front-facing camera increased to 5MP with and added the f/1.9 aperture, Live HDR and a 120 wide-angle lens for excellent low-light selfies and video chatting.  This compares with the 21MP (no OIS) main camera and 2MP FFC in the DROID Turbo.  The 3500mAh battery is slightly smaller than the 3900mAh in the DROID Turbo, and both should easily get you through almost two days – the new Samsung non-removable battery can charge for up to 4 hours of usage in only 10 minutes and they also added built-in wireless charging for the first time.

The Galaxy S6 Active has a large speaker on the back of the device and comes with a heart rate sensor and oxygen saturation sensor.  It will be running Android 5.0 Lollipop and pricing on a two-year contract will cost about $200, and $695 full-price. 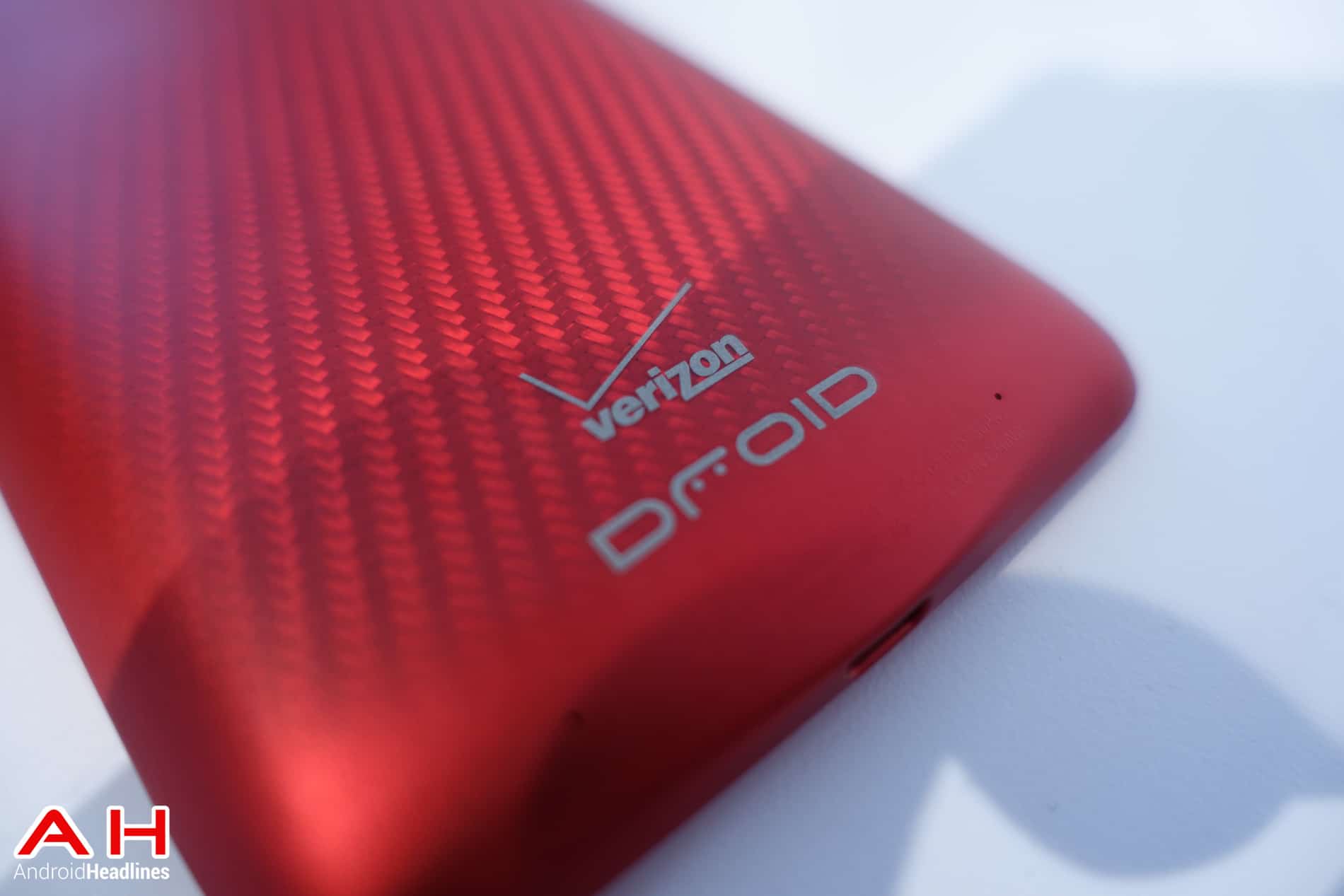 This was another tough one – phones are getting so good these days, trying to decide which one of these devices deserves to be the winner in this competition.  Both of these devices are ‘different’ from other mainstream smartphones – the Droid Turbo was a bold statement with a QHD AMOLED display, a huge battery and Motorola’s Turbo Charger, a huge 21MP main camera, a great 32-bit processor, a front-facing speaker and a nano coating for water resistance.

There is no doubt about it – the Galaxy S6 Active has the best specifications of the two devices – but is it a device you are willing to pay an extra $200 to own and is it the style of device you want to carry around as your daily driver?  The S6 Active has faster RAM and Flash Memory, a better camera, heart rate sensor and oxygen saturation sensor.  Being and Active model it does have protection for drops and is IP68 and Military-Spec for further protection from water, dust, heat, cold and more.

The winner will depend on which network you are currently on or willing to change over…and if you are are in to the ‘great outdoors.’  The Droid Turbo is only available on Verizon, which may be a stumbling block for some, but it will cost you only $99 on a two-year contract and $500 off-contract.  This compares to the S6 Active, which is only available on AT&T…a stumbling block for others…and will cost you $200 on a two-year contract or $695 off-contract. If you are not an outdoors person, then you may not want the S6 Active’s Rambo style looks.  In that case, save some money and get yourself a wonderful Droid Turbo…and if you are willing to jump to Verizon.