Skip to content
Trusted By Millions
Independent, Expert Android News You Can Trust, Since 2010
Publishing More Android Than Anyone Else
27
Today
27
This Week
678
This Month
678
This Year
118535
All Time This week’s OnePlus 2 event in San Francisco gave us lots of hands on time with the new Flagship Killer from China-based OnePlus.  Part of our hands on time was spent with the camera, which sports a brand new 13-megapixel OmniVision sensor with 1.3-micron sized pixels that’s exclusive to the OnePlus 2 this year.  This choice of sensor was a calculated risk by OnePlus, as the smartphone industry tends to stick to Sony sensors for flagship devices and almost never deviates from this trend.  Speaking with Carl Pei from OnePlus I found out that one of OnePlus’ biggest goals with the OnePlus 2 was to include a significantly enhanced camera, something that speaks volumes given the quality of shots the OnePlus One already outputs.

While the software is still in a beta state and doesn’t include all of its features, image quality as a whole is likely near its final state of tweaking and will likely only receive a few tweaks here and there by the final software release.  We want to see just how far OxygenOS has come since it’s inception just a few months ago, the camera software in particular, and how it compares against the now significantly matured CyanogenOS camera software that powers the OnePlus One experience.  Below you’ll find two separate Flickr albums, one for the OnePlus One and one for the OnePlus 2 which contain the same images taken from each device.  There’s even a few from the front-facing camera in here which features an enhanced, wider-angle lens on the OnePlus 2 over the one found on the OnePlus One.

Flickr allows us to more easily show the true quality of the photos at full resolution, and makes it easy to compare exactly what’s going on in each shot.  You’ll find a handful of photos shot in the three different modes available on the OnePlus 2 as well as ones from the same modes on the OnePlus One: Auto, HDR and Clear Image.  Auto is the quick and dirty mode that takes quick pictures in a snap, HDR takes multiple exposures and blends them together to balance out the dark and light spots in the photo more evenly, and Clear Image is OnePlus own special mode that takes 10 pictures instantly and stitches them together to create a cleaner picture with more fine detail than the auto mode.  See how both compare and let us know which one you think is better! 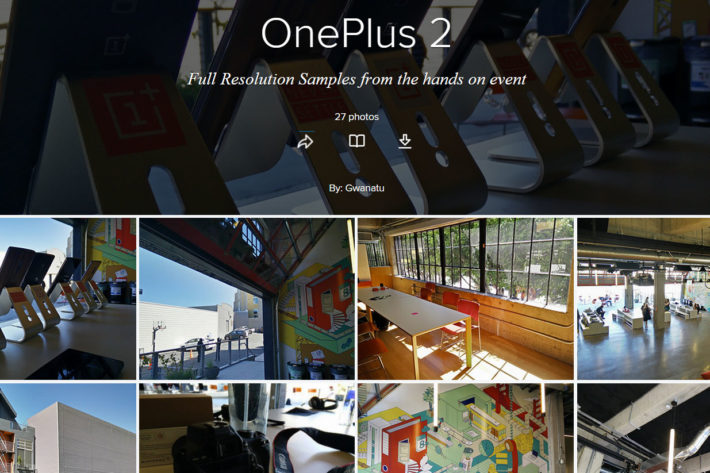 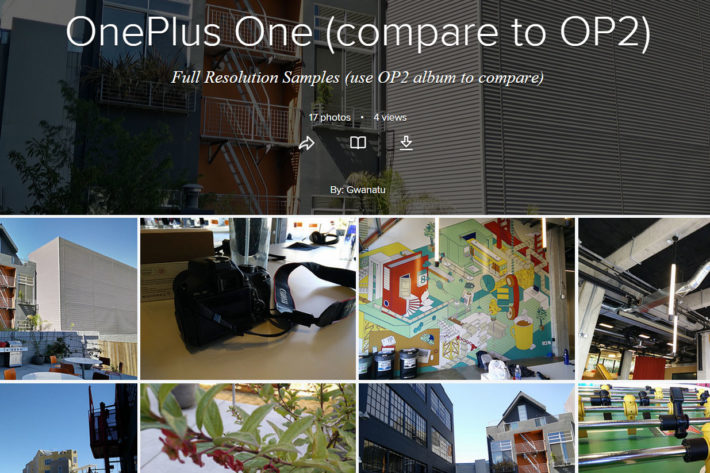