We've come a very long way since the days of the first smartphone cameras, but even with all that progress the camera in the latest flagship phone is still a huge consideration for many people.  As a whole most smartphones nowadays feature cameras that are a replacement for the cameras many used to use, often taking better pictures than cheaper dedicated point and shoot cameras of yesteryear and significantly better video to say the least.  That doesn't mean we still don't want to see an improvement over the current crop of phones, which often have great difficulty in situations where bright light isn't present.  Night time modes are often a highlight for phone manufacturers that have specialized camera sensors equipped to handle these sorts of difficult lighting situations, and while OnePlus had some tricks up its sleeve last year with slow shutter mode, that wasn't exactly practical for taking better pictures in every situation.

This year it looks like OnePlus is switching from a Sony to a Toshiba sensor if the latest round of rumors are correct, and even possibly that it could feature a dual-camera configuration.  This combined with switching to the in-house developed OxygenOS might mean more optimizations for the camera department, something that OnePlus is all too willing to show the world before it even officially shows off the device in exactly one week from today.  Posting over at the official Chinese OnePlus forums, OnePlus took to the streets with a OnePlus 2 and an Apple iPhone 6 which is widely considered to be one of the best cameras on a phone you can buy.

OnePlus tested the night time shots for this specific situation and it looks like the OnePlus 2 absolutely kills the iPhone 6 in every scenario to say the least.  Not only is there significantly more detail on every object thanks to the higher resolution of the camera, but everything in the scene is just plain easier to make out.  There's significantly less noise on the OnePlus 2's photos, and even in the shot where there's quite a bit of light you can make out much more detail and less noise on the OnePlus 2 shot.  This shows a great balance between not being afraid to move to a higher ISO, as evidenced in every single shot when comparing to the iPhone 6, but also a great software algorithm that's designed to reduce noise while still keeping details high.  This is surely exciting stuff for potential OnePlus 2 owners as the device is set to launch soon!  Check out the full gallery of shots below. 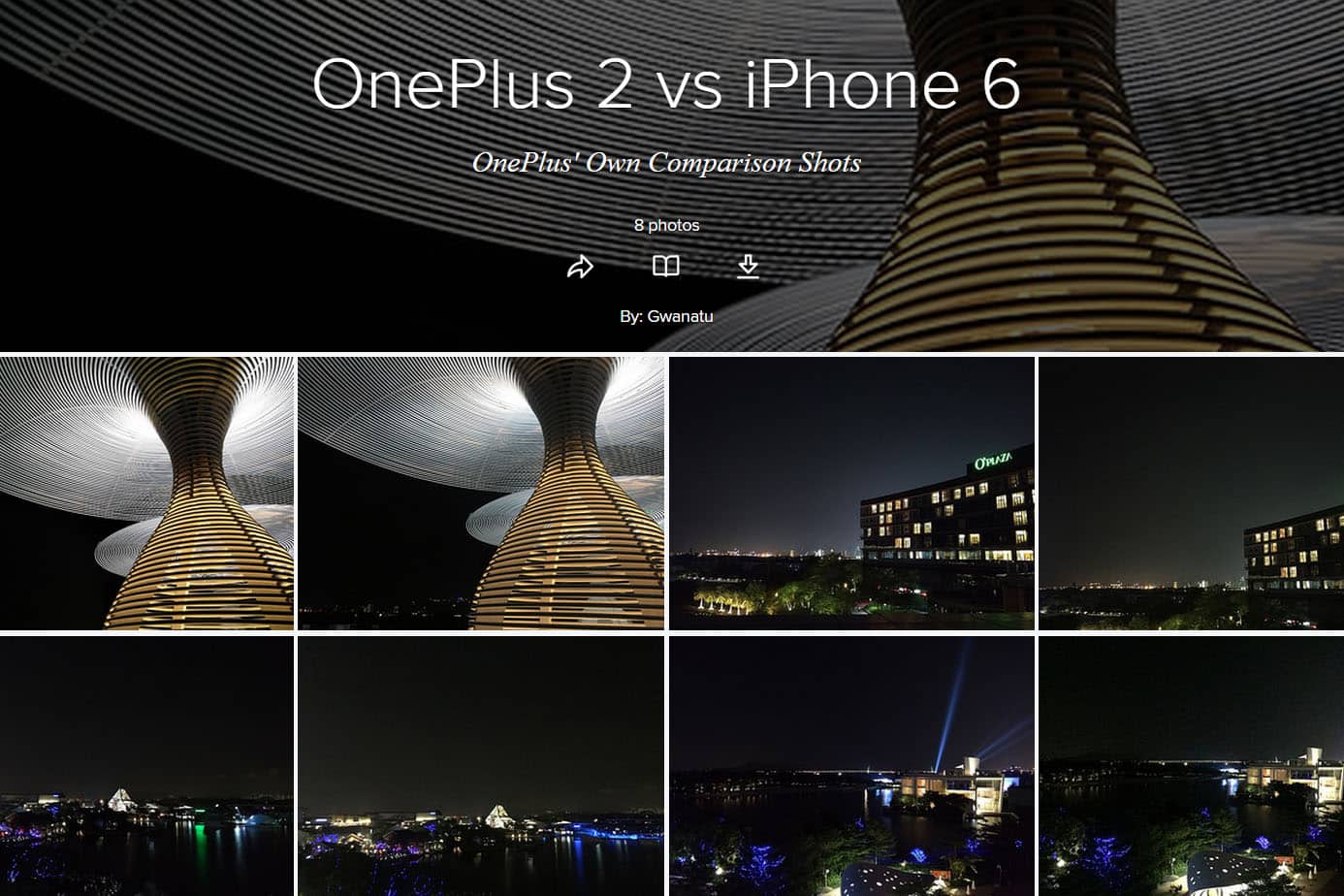 Sponsored Video
Advertisement
Trusted By Millions
Independent, Expert Android News You Can Trust, Since 2010
Publishing More Android Than Anyone Else
34
Today
177
This Week
512
This Month.
7960
This Year
109432
All Time
Advertisement