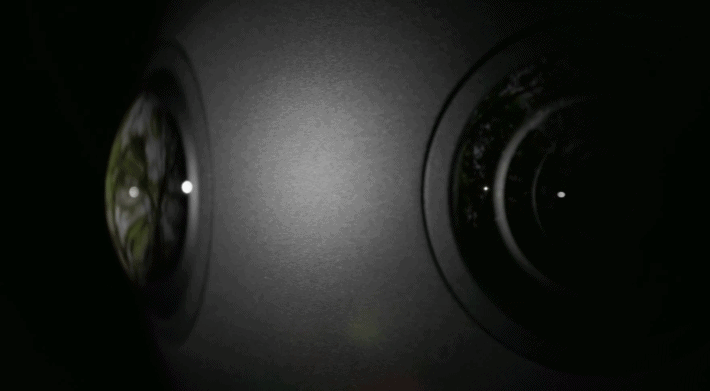 From OnePlus' somewhat misguided launch of their second smartphone in virtual reality, to Google using Cardboard in the classroom, it's clear that Virtual Reality is taking off. Technology like the Oculus Rift, and upcoming efforts from Valve and HTC are starting to hit the market, but right now the same problem facing 4K TV manufacturers is facing the world of VR. While 4K content is starting become available on Netflix, it's not exactly something that just anyone can stream to their shiny new TV, but with VR it's not so much the delivery of said content, but the creation of it. Currently, it's a time-consuming process of stitching together multiple streams of footage to create one, 360-degree arrangement.

Google debuted some new ideas on how to create this content in a simpler manner earlier this year during Google I/O but now Nokia is getting in on the game as well. As CNET is reporting, Nokia has debuted, in much secrecy, the OZO, a spherical object with multiple cameras attached to it with fish eye lenses all over the place. In the below teaser from Nokia, it looks like this will have some controls onboard, but will mostly be a stationary affair. Nokia's Ramzi Haidamus said that "Ozo aims to advance the next wave of innovation in VR by putting powerful tools in the hands of professionals who will create amazing experiences for people around the world".

While not much is known about the Ozo right now, we do know that it will record stereoscopic 3D video through a series of eight synchronized shutters and sensors, with audio being taken care of by a further eight microphones. While Nokia haven't said which headsets the footage will work with, we're assuming that Nokia will be fairly flexible in this regard. After all, everyone wants a piece of the VR pie and if Nokia Technologies want to become a big deal in the space, then they'll need to play ball with current players. There's no word on just how much this thing will cost, but we can imagine this being something for the professionals, more than the GoPro is for consumers, which means it won't be cheap. We won't know for sure however, until it launches this Fall.