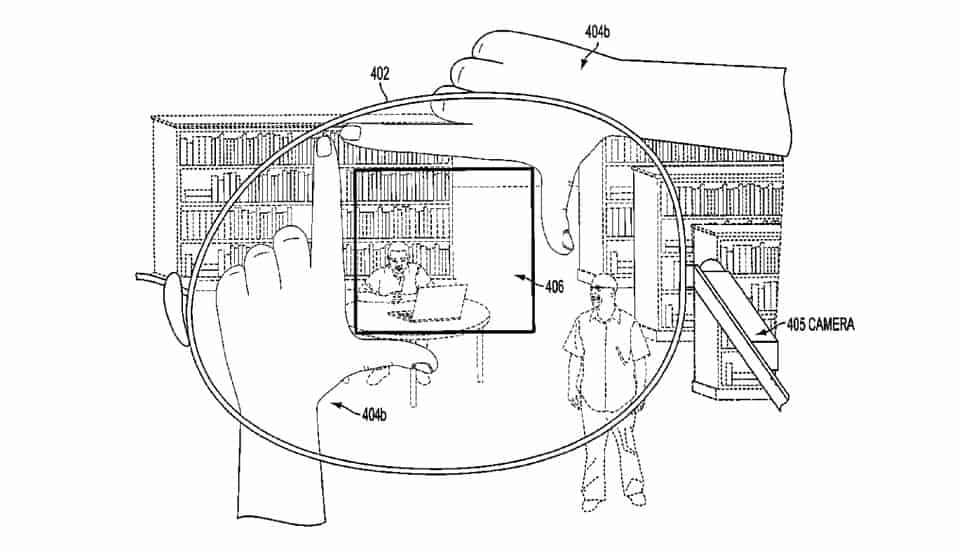 Earlier this year, it was reported that Google were retiring the Google Glass Explorer program to knuckle down and work on a commercially viable product. This quickly led to reports of Google Glass being “dead”, but a more accurate term would be that it’s gone into hibernation, to emerge as a better product later in the year. Or at least that’s the hope, anyway. Under the leadership of Tony Fadell from Nest, it seems like Google Glass could easily emerge as a well-polished piece of hardware, one with an innovative new feature for taking photos.

Google Glass was famously lambasted online and in the media for being able to take photos of people on the sly as it featured a head-mounted camera. Pictures from prominent Google staff members have shown off why being able to take photos using just your voice can lead to excellent images, but the general public soon grew wary of Google Glass. If this latest patent is anything to go on, it looks like Google is hoping to ease those concerns with a new, more obvious way for Glass users to take a photo. In a U.S. Patent Filing, Google details a way for Glass to take a photo using a frame created by the user’s fingers. The patent details detection of the shape made by the user and then taking the image without any further prompts.

This is an interesting development for a couple of reasons. Firstly, it’s the sort of gimmicky feature that’s easily marketable to consumers, it’s a feature that the final product could become known for and as Tony Fadell, one of the fathers of iPod could tell you, features people can get behind can make or break a product. Secondly, the ability to take photos with Glass has been divisive from the very beginning, making this a little more obvious could warm the public up to Glass, rather than being displeased at yet another feature that could be used to invade privacy. Either way, this is just a patent right now, and may or may not make its way into a final product. It is nice however, to see that Google is working on new features.