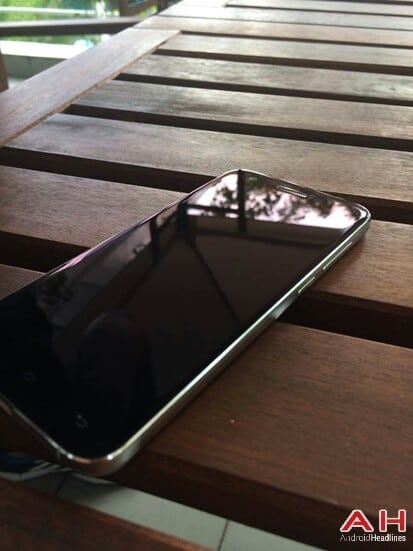 We've talked about quite a few Doogee-branded devices lately, this Chinese smartphone OEM has been really active as far as smartphone launches and teasers go. The most interesting device that we've seen though, is the Doogee F3, the company's upcoming flagship. This device will be available in three variants according to a number of leaks and info that we've received from our source at the company. The phone will feature 2, 3 and 4GB variants, and it will be only 6.5mm thick. Our source at the company has shared some additional details regarding this device, along with some new images, read on.

It seems like the 2GB variant of the device will ship with a 720p display, and the 3GB variant will feature a 1080p 2.5 curved glass panel up front. The 4GB Limited Edition of the device wasn't mentioned this time around, but that handset will also probably sport a 1080p display. Anyhow, both 2 and 3GB variants of the phone will be powered by MediaTek's MT6753 64-bit octa-core processor and will ship with Android 5.1 Lollipop pre-installed. All those phones will also offer Doogee's Voice Assistant functions it seems. The 3GB variant of the device will launch in September, and will cost $169.99.

That being said, our source has also provided a number of images you can check out down below. You get a glimpse of the phone's OS and the aforementioned voice assistant features, as well as the version of Android running on the phone. There are also a couple of images available which will give you an idea how thin this device is, even though we already know that it will be only 6.5mm thick.

All in all, it seems like Doogee F3 will be a really solid offering by the company. Keep in mind that the three different variants of the device won't launch at the same time, the 2GB model will launch first, followed by the 3GB variant and the 4G Limited Edition device will launch last. Anyhow, stay tuned for more info, we'll report back as soon as we managed to dig something up.