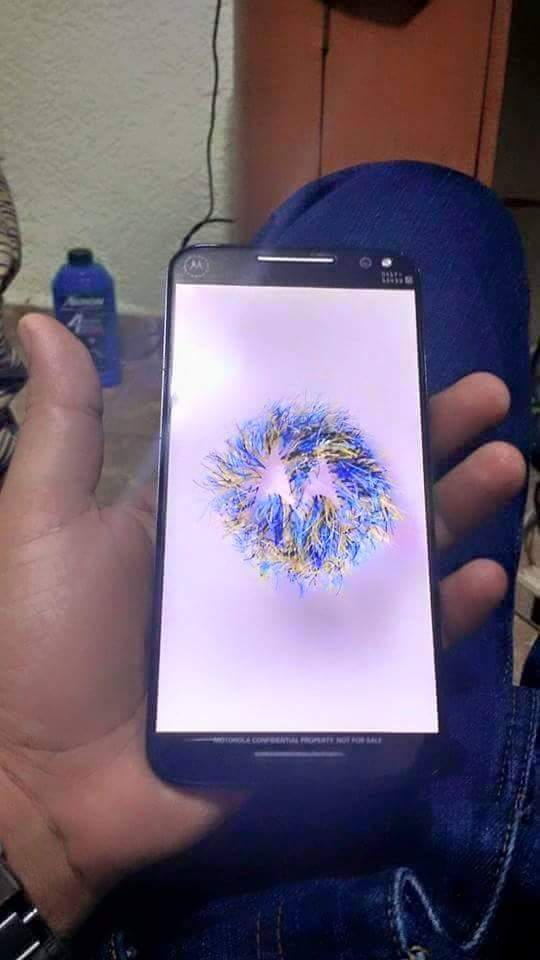 Motorola scheduled an event next week, on July 28th, to be precise, although there's no way to know for sure what will the company show that day, it's pretty safe to assume that the new generation of their flagship device, the Moto X and their mid-range offering, the Moto G will make an appearance, which may even have been hinted in the invitation, but also the two devices have been leaked in almost every possible way in recent times, although the Moto X has been a little better kept under wraps. First, we saw a very low-res picture of the alleged new Moto X and then we got to see the back plate of the phone along with some of the other new devices from the company, recently even camera samples have leaked.

Now, some pictures have surfaced, providing what could be the first look at the front of the new Moto X and other details. It definitely follows the lines of design of the previous generations, but the user that published this photo claims that the phone has an LED flash on the front, which can be seen in the top right corner of the phone next to the front-facing camera. The speaker grilles can be seen once again, which could be stereo speakers this time, just like the ones in the Nexus 6. The user also states that the screen of this phone measures 5.5 inches and he said that there would be another device with a 5.2-inch screen called the Moto X Sport.

From the four back plates of the devices seen, the one on the very right is supposed to belong to the new Moto X, and it does look a little larger than the rest, so maybe the next one on the left is the Sport version (or the new Droid) as the texture does make it seem a little more rugged. From the front, we can appreciate the very narrow bezels on the sides of the screen, so the area wouldn't be as large as one might think for a device with a 5.5-inch display. The screen is displaying the boot animation and there's a shine on the left side of the device, suggesting that the metallic frame is making a comeback. Some more photos were obtained from Facebook matching what we've seen so far. We won't have to wait too long to confirm the complete specs.