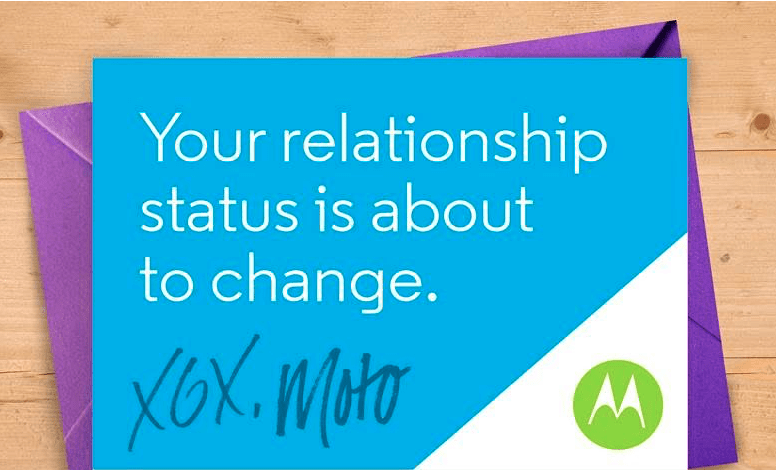 We've been seeing loads of leaks for the upcoming devices out of Motorola. And today, the company has started sending out invites to an event on July 28th in New York City. While we don't know exactly what Motorola is planning on announcing in NYC in a little less than two weeks time, we have a pretty good idea. Last year, we saw the launch of the Moto G, Moto X and Moto 360 at their Chicago Headquarters, as well as the forgotten Moto Hint. Admittedly, the Moto Hint was the surprise that no one saw coming, and everyone loved. I still use mine quite often actually.

So far we've seen leaks of about four Motorola smartphones, two of which we believe are Droid's so those likely won't be announced at this event. As that's usually a separate Verizon event. But it sure looks likely that we'll see a revamped Moto X and Moto G. What's going to be even more important here, is that these will be the first products Motorola has launched – aside from the Moto E back in February – since Lenovo officially became the owner of the company. So yes, Motorola is technically a Chinese company like Xiaomi, Meizu, ZTE, Huawei, and Lenovo.

Motorola has done some interesting things over the last few years. Not only with their phones, but with the way they announce them. In 2013, they held sessions to brief small groups of the media on their new Moto X. Last year, they held a tour at their new Chicago headquarters to show off the Moto X, Moto G and Moto 360, as well as show us their Prototype lab, and how the Moto 360 came to be. Including a ton of Moto 360 prototypes. These two events were definitely different from the normal, where we go sit in a big auditorium and get talked at for an hour, then push and shove to get to the hands-on area. So it'll be interesting to see what Motorola has in store for us this year. We're definitely excited to see what Motorola, and to an extent Lenovo, have in store for us this time around.