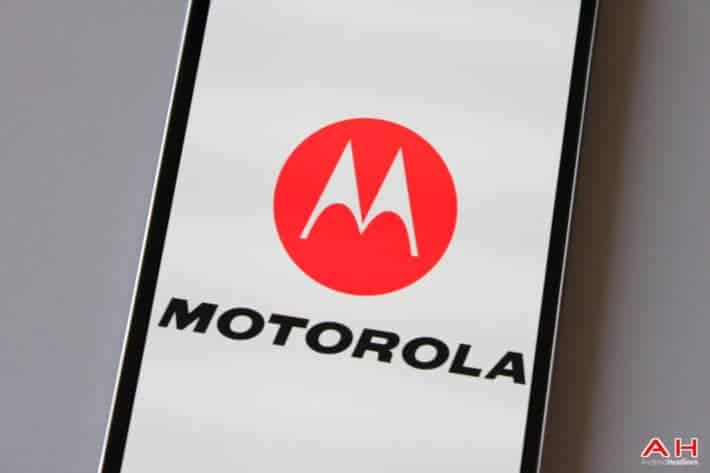 Motorola’s upcoming mid-tier device, the Moto G, is due out this week.  Over the past weeks, we’ve seen various specifications leaks out ahead of the device’s official unveiling this Tuesday the 28th.  So far, we’ve seen some internals such as hints of a similar quad-core processor to what the current generation has, as well as an improved 13 megapixel rear-facing camera and the 5-inch display covered by Gorilla Glass 3.  And today, we got a look at the box of the new Moto G, along with some of the goodies included in the box.

First, the box looks as basic as previous generations with no flair or special hiding spots for accessories and the like.  We get to see the device at various angles on the front, and a nice, albeit Portuguese, list of specifications.  From the list, we get a confirmation of the display and its 720p resolution, as well as the 13 megapixel back camera, along with the 5 megapixel front-facing module.  There’s also the processor, which is the expected 1.4 Ghz quad-core, and lastly we get the confirmation of the rumored IPx7 certification.

Inside the box, however, we get something rather interesting.  We’ve heard rumors floating around of the Moto G being added to the Moto Maker customization suite, but the third generation Moto G looks to include two shells right out of the box.  According to the screen cover that comes on the device, we also see that the device comes with 16 gigabytes of internal storage, dual micro SIM card capability, and 4G connectivity.  We also see that there is in fact two Moto shells included, and that should make people who like to customize their device pretty happy.

Motorola’s Moto G has been leaked, specifically with regards to its supposed customizability with Moto Maker, allowing a much wider range of personalization than any previous generation of Moto G was offered.  We can expect the device to continue to be priced at $180 USD, since that fills Motorola’s middle price range and the company seems to continually add more to their sub-$200 smartphone.  An official release is days away, but this is likely not the last we’ll see of unofficial and leak status details on the budget handset. 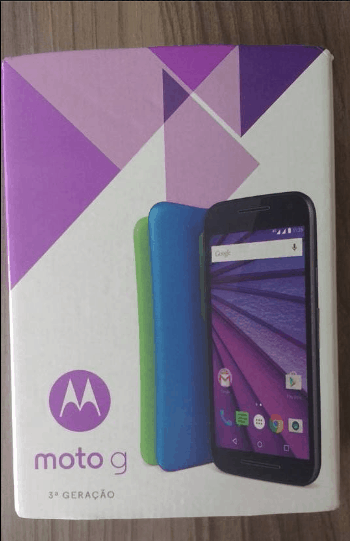 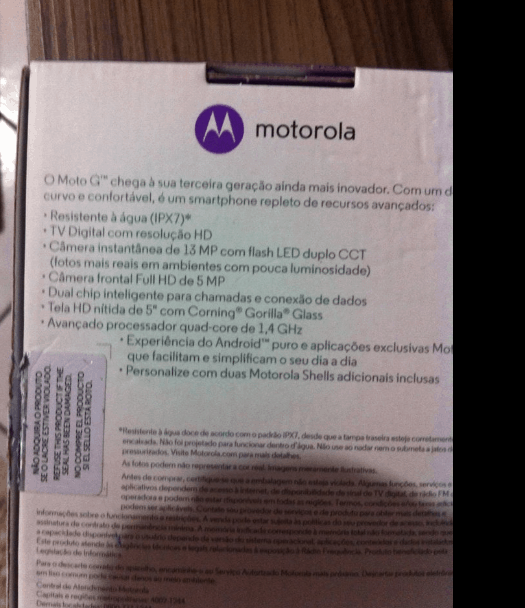 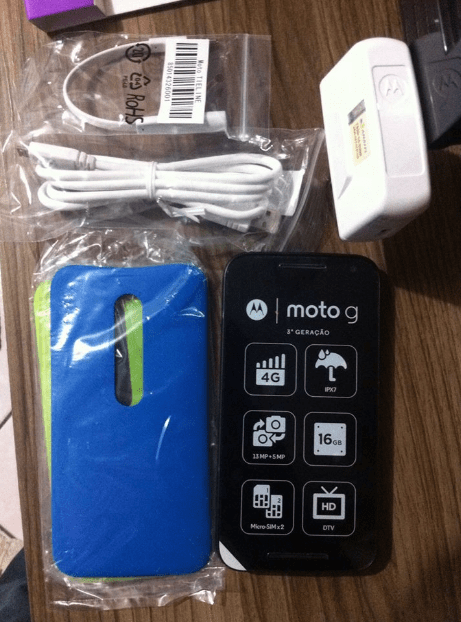