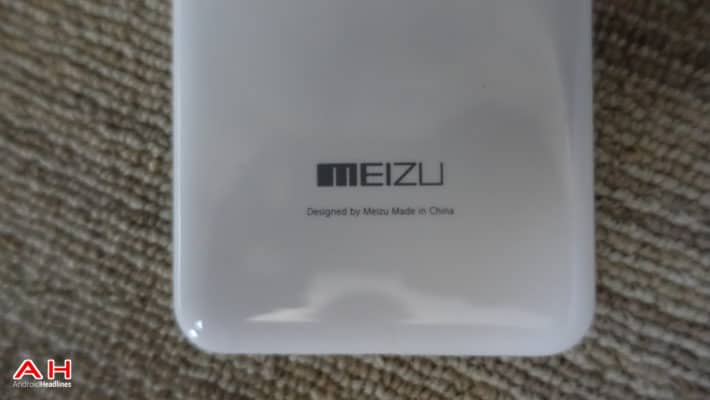 Meizu is one of the fastest growing smartphone OEMs in the world. This Chinese smartphone manufacturer has announced a couple of really compelling devices last year, and they’ve continued doing so this year as well. The company has showcased two devices in the last couple of weeks, the Meizu M2 Note and Meizu MX5. The M2 Note is the company’s newest mid-ranger, and the MX5 is their premium flagship offering for 2015. That being said, Meizu has announced another device this year, way back in January, the M1. This is a mid-range smartphone which is extremely affordable, and we’ve seen quite a few rumors and leaks suggesting that the company intends to launch its successor soon, and Meizu themselves have teased the device on couple of occasions.

This Chinese smartphone OEM has already announced an event for July 29th, where they’ll launch the M2, that much is pretty much obvious at this point. This smartphone will be extremely affordable, just like its predecessor, and it seems like its benchmark results surfaced on AnTuTu. If you take a look at the provided image down below, you’ll notice that Meizu M2 scored 28,047 points on AnTuTu. According to some previous leaks, the Meizu M2 will ship in 8 and 16GB variants priced at 499 Yuan ($80) and 699 Yuan ($113). The device will reportedly feature a 5-inch 720p (1280 x 720) display, 2GB of RAM and a 13-megapixel snapper will be available on the back of this thing (quite probably Sony’s IMX214 sensor) The M2 will be powered by MediaTek’s MT6753 64-bit octa-core SoC, which is extremely popular in China lately. Android Lollipop will come pre-installed on this handset, and Meizu’s Flyme UI will be installed on top of it.

As far as this handset’s design goes, it will basically be a smaller variant of the M2 Note. This means you can expect the Meizu M2 to sport a physical home button below the display which might even double as a fingerprint scanner, though that’s very unlikely considering how affordable this handset is. That’s more or less it, the Meizu M2 will be announced in China on July 29th, so stay tuned for more info. 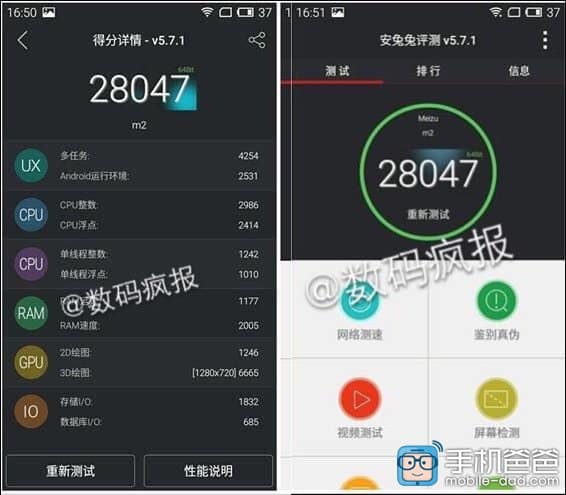