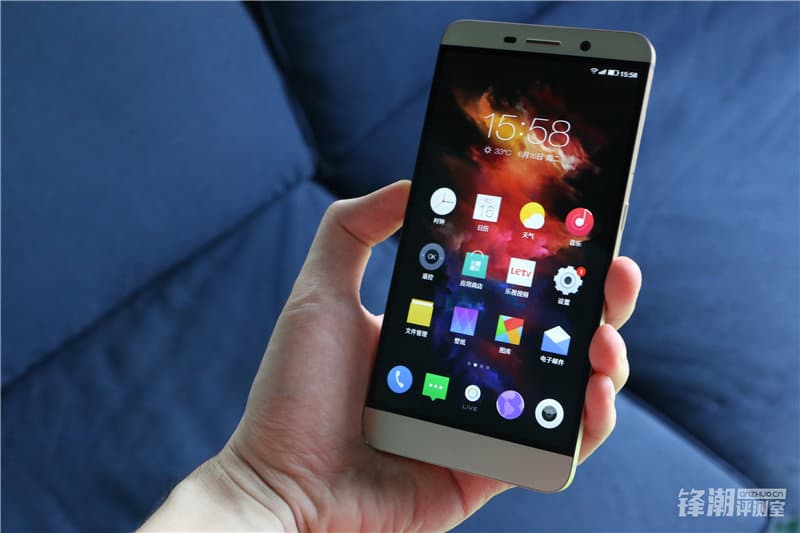 Letv has announced three new high-end devices earlier this year, the Letv Le 1, Le 1 Pro and Le Max. These three devices are made out of metal, and basically introduce Letv's brand in the smartphone world. This company isn't new, they're actually huge in China, and are mainly into video streaming business, but Letv dabbles in pretty much anything. These three Letv-branded devices are currently available in China only, but will roll out to countries outside of Asia later this year, including the US. That being said, we've taken a closer look at the Le Max yesterday, and are here to do the same with the Le 1 Pro.

The Le 1 Pro hands-ons and general coverage started popping up in China, so we can step away from looking at renders and actually see the device up close and personal. The Le 1 Pro is a high-end device, and effectively a smaller variant of the 6.33-inch Le Max. If you take a look at the gallery down below, you'll see the Le 1 Pro handset in the flesh. This smartphone resembles both the Le 1 and Le Max a whole lot, though there are some differences in specs and general size of the device. The Le 1 Pro features a 5.5-inch QuadHD (2560 x 1440) display, 4GB of DDR4 RAM and 32 or 64GB of internal storage. Qualcomm's Snapdragon 810 64-bit octa-core processor fuels this handset along with an Adreno 430 GPU for graphics. Android 5.0 Lollipop comes pre-installed on here, with Letv's EUI skin on top of it.

This handset features a 13-megapixel OIS shooter (Sony's IMX214 sensor) on its back along with an LED flash, while there's a 4-megapixel snapper (OmniVision's OV4688 sensor, 81.6-degree wide-angle lens) available up front. This is a dual-SIM handset which offers 4G LTE connectivity (both TD-LTE and FDD-LTE are supported). Bluetooth 4.1 is also on board, and same can be said about a 3,000mAh battery which is located on the inside. Unlike the Le Max, Le 1 Pro doesn't offer a fingerprint scanner, but aside from that and the general size, these two devices are quite similar. Check out the gallery down below to take a closer look at the Le 1 Pro.